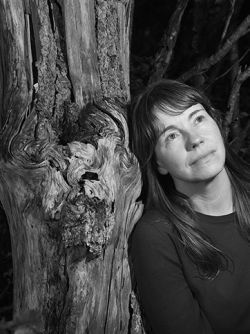 Sanna Kannisto’s works explore the intersection between nature, science, and art. Her photographs are a study of different methods, approaches, and theories in how humankind interacts with its natural environment. Throughout her numerous travels, Kannisto moves between her subjects like a visual researcher. She gathers, borrows, and applies different methods from natural science, which she then juxtaposes with the traditions used in creating still life paintings. Historically, explorers could be artists as well, and Kannisto enjoys playing both roles. Her affinity for aesthetic meets her scientific curiosity, creating a balanced partnership that enables her to form a photographic world with her own characters. Kannisto utilizes her extraordinary sense for separating her protagonists of choice from their natural habitat by staging them in front of a white or black background in the same fashion as a classical painter would in his staged studies.

Throughout her entire career, Kannisto has pioneered this very personalized method of approaching her subjects by controlling the parameters of how she photographs them. Calculating the unsuspected, through preparation and foresight, lends Kannisto the ability to capture the magic of the unpredictable and the poetry that resides within. Intimate interactions and reciprocal discoveries unfold between the artist and her figures. She studies their behaviour and appearance, as they study her. Kannisto states: "Being with a bird is utterly unique, it’s moving. I look at the bird and it looks at me. For a moment we have some kind of shared thought. It’s kind of a mutual examination.”

Sanna Kannisto (*1974 in Hämeenlinna, Finland) is a conceptual photographer and video artist famous for her scientific still lives of local and exotic birds. Kannisto graduated from the Aalto University School of Arts, Design and Architecture in 2002. She has held solo exhibitions in several international venues and attended numerous group exhibitions in institutions such as The Museum of Photography Seoul (South Korea, 2018), Metronom Gallery (Modena, 2017) and Ateneum Art Museum (Helsinki, 2017).