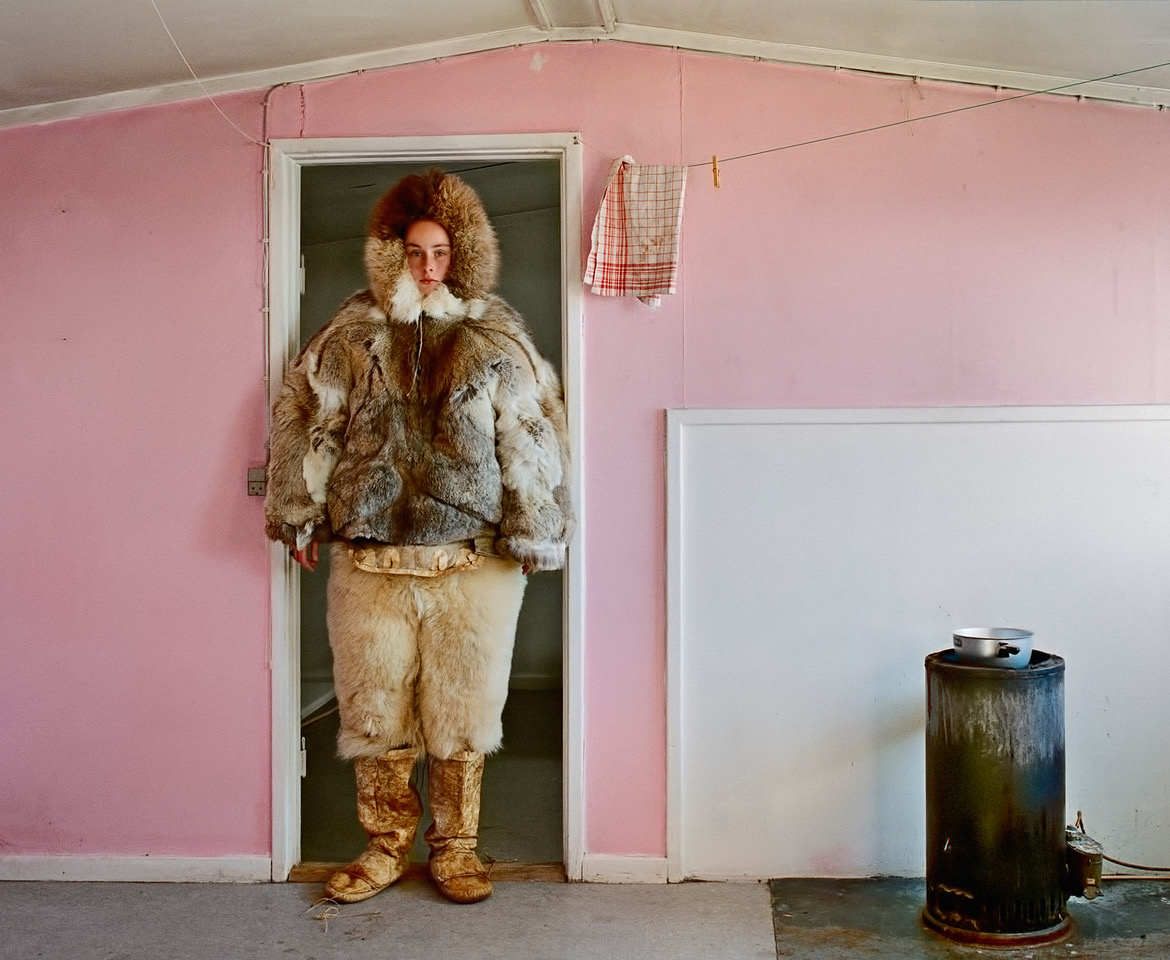 Tiina Itkonen’s quest in 1995 to photograph the northern most inhabited place on Earth ended up landing her in the small Inuit village of Siorapaluk, Greenland. This remote, polar, largely forgotten cluster of small wooden houses, unbeknownst to her at the time, would grow into her lifelong work. What began as an adventure for a twenty-seven-year-old woman traveling alone, grew to become a photographic historiography of the direct effects of Global Warming. Itkonen’s travels have brought her back periodically to the same place for the past three decades. Her photographs record not only the environmental changes to that region of the world, but also how those changes impact the human factor sociologically and emotionally. Her work systematically documents how climate change has altered a traditional way of living, from a hunting society into a new uncertain reality. As the sea ice disappears so do the indigenous peoples whose monetary income is derived from its natural bounties. Itkonen’s images are filled with a knowledge that can only be attained through decades of earning the local trust of a local people. The children she so innocently captured on film in 1995 are now the local leaders of the community. Their story has many chapters and Itkonen’s photographs help bind them to a rich but tragic history, where their way of life is slowly being forgotten. A good example of this is Itkonen’s austere rendering of these small wooden framed homes over a thirty-year period. These once brightly colored homes, are now gradually fading with climate change, into grey abandoned remnants of what they once were, as their inhabitants move into towns to find employment. Her intimate photographs of this tiny but proud community, unfold a storyline that’s filled with love and loss, hope and tragedy, but no ending.

Tiina Itkonen was born in 1968 in Helsinki. Lives and works in Helsinki. She graduated in 2002 from the University of Art and Design Helsinki, today Aalto University School of Art. Her work was presented in various solo and group exhibitions, including shows at Kunsthalle St. Annen, (Lubeck, 2020); Anchorage Museum, (Alaska, 2016); Rogaland Art Museum, (Stavanger, 2010); Biennale of Sydney (Sydney 2010); The National Museum of Photography, (Copenhagen, 2009); Scott Polar Research Institute Museum, (Cambridge, 2008); Finnish-Norwegian Culture Institute, (Oslo, 2007) and are part of important collections such as Moderna Muset, Stockholm, Sweden; DZ-Bank, Frankfurt, Germany; Helsinki City Art Museum, Finland and many others.