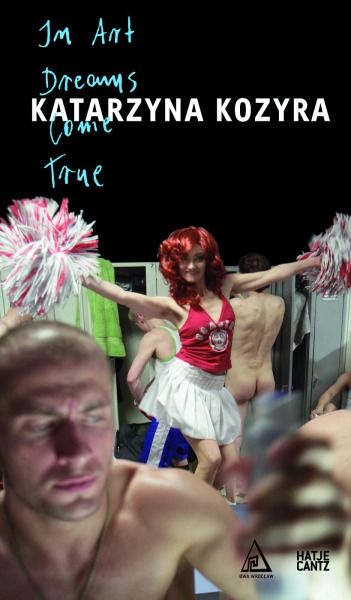 Katarzyna Kozyra captured the attention of the art world with the video of her intrusion into an all-male bathhouse, earning her honorable mention at the Venice Biennale in 1999. Since 2003 she has been working on In Art Dreams Come True, which consists of a series of performances, quasi-theatrical productions, and films. In creating the individual works, Kozyra has acted as director, chief performer, and as "raw material” in the hands of two master guides who assist her in assuming various roles. Gloria Viagra, the Berlin-based drag queen whom the artist sees as a model of "true femininity,” and the voice coach Grzegorz Pitulej, known as the Maestro, introduce Kozyra into worlds saturated with artificiality, convention, and posing. These features are central to each of Kozyra’s artistic characters, which include an opera diva, a drag queen, a cheerleader, Olympia from Offenbach’s opera, and Snow White.
For more information, please visit https://www.hatjecantz.de/katarzyna-kozyra-1939-1.html