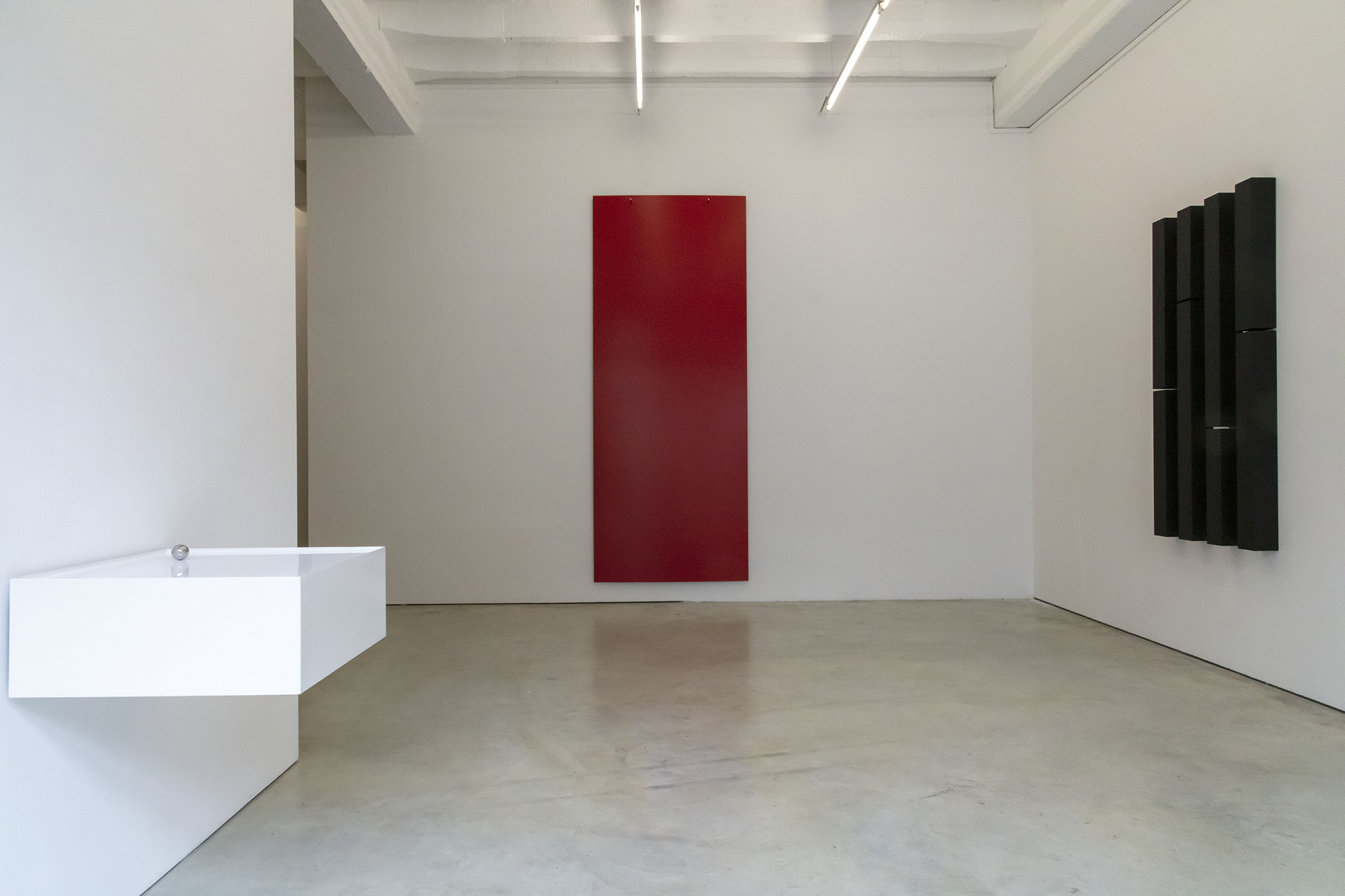 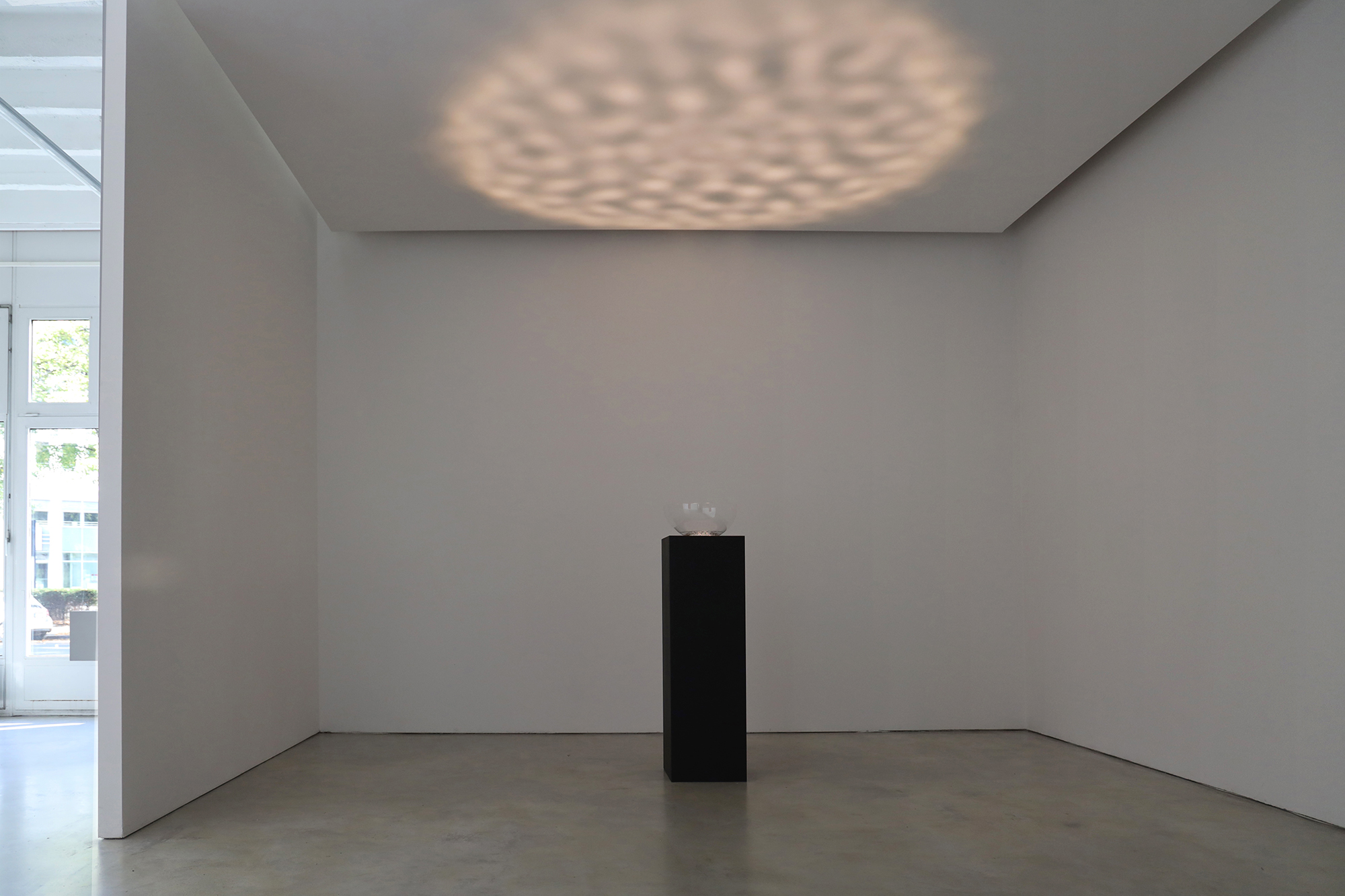 Exhibition: 10 September - 23 October 2021
Venue: Persons Projects, Lindenstr. 35, 10969 Berlin
Opening: 17 September 2021
Persons Projects proudly presents Finnbogi Pétursson’s solo exhibition Silent Silence. The works selected for this exhibition reflect the various ways in which Pétursson experiments with movement and sound to explore silence as a concept for thought and being. His minimalistic installations make the primary natural forces visible, audible, and tangible. Though, surrounding us all the time, being fundamental for our life on earth, they are yet hidden from our perception: sound waves, the pulsation of light, and the rotating movement of electrons. In this exhibition, silence has a similar appearance as white light in Isaac Newton’s experiments: Pétursson's works act like a prism that lets us experience silence in all its facets of the visible (and audible) spectrum.
Finnbogi Pétursson is one of the leading contemporary artists in Iceland. In his works he creates a bridge between science, nature, and art, examining the very essence of light, sound, and energy through minimalistic installations. Pétursson refers to himself as a visual artist interested in the behavior of sound, rather than an audio artist. Looking to physics as a source of inspiration, he is drawn to what he calls "the in-between" – the movement of sound waves between input and output, and how one can manipulate it. His experiments often culminate in large installations where different elements and materials perform together in perfect orchestral harmony, with each one revealing the fundamental properties of the other. His ability to illustrate the intangible and invisible has become a trademark in his work.
Logg Loops illustrates what is central in all of Pétursson’s works: the transitions between the visible and the audible, the area where those qualities intermingle and elude clear categorization. For this wall-piece, Pétursson has gathered old tapes of Icelandic radio broadcasts from the 1980s. At that time Icelandic authorities pursued the goal of archiving all Icelandic media products. However, as this proved to be an utterly hopeless task, what had been archived so far was left to decay. After years of closed storage, these reels have turned, due to chemical processes, into a sort of cement. If their murmur can be played at all, they will only be played once. After that, the tape will be ruined. Thus, the infinite loop has in this work no sonic quality but a visual one in the way the tapes are montaged by the artist: he glued the ends of the tapes to the beginnings. The technical handling of time in the analog procedure of tape montage, in which audio tapes are precisely glued together, appears simple and yet poetic at the same time.
The exhibition Silent Silence centers around the questions: how can one preserve time? And how would it feel if one could halt time for a moment and store it as deep as in the center of the earth? In their visual simplicity, the works are reminiscent of minimalist drawings, which emphasize the ephemeral nature of sound. Pétursson's kinetic installations seem to function effortlessly, not burdened by the overwhelming weight of technical baggage – just like gravity itself. In Square-Sphere, seemingly out of nowhere a magnetic sphere is slowly moving in a circle on the liquid surface of a white square-shaped box creating a geometric drawing. Two geometric forms interplay in a simple, yet elementarily beautiful manner. Pétursson creates a moment in which barriers blur, in which opposites become one. What seems beautiful in its simplicity, actually requires a complex technical mechanism. For instance, the top of the box has to be strong enough to hold the liquid and yet thin enough for the magnetic ball to reach for the magnet inside.
In the spatial installation Still, an acrylic bowl filled with water is illuminated from below. Two generated frequencies cause the water to vibrate. The reflection on the ceiling makes this vivid movement of sound waves visible. In composing two interfering frequencies, Pétursson creates moments in which sound waves seem to freeze for a second, just to immediately turn again into a vibrating movement. This is what it could look like if we could halt time.
Close to this installation, a red colored aluminum plate vibrates and generates sounds that seem to directly capture the rumbling sound of the middle of the earth. In Newton Red, Pétursson refers to Newton’s discovery of the visible spectrum and invention of the color wheel in 1704. Newton’s color wheel follows the concept of linking color notation to music notation, that means he included musical notes correlated with color. The circle begins with red and is divided by the musical scale. According to this theory, Pétursson chose the tone C as an oscillating frequency to let the metal plate drone.
In Pétursson’s most recent work Octotraps, black wooden boxes serve as monuments of frequencies, capturing soundwaves from the surrounding which are usually inaudible to the human ear. Each box responds to a certain wave and allocates its particular frequency. In the gaps between them, the interfaces, the soundwaves overlap in silent interference waves – creating an oscillating soundscape of the exhibition space. On the whole Silent Silence draws upon what’s essential in any given moment in time – leading to a silent space within all of us, digging down to the center of being, by experiencing the vivid interplay of Pétursson’s installation works.