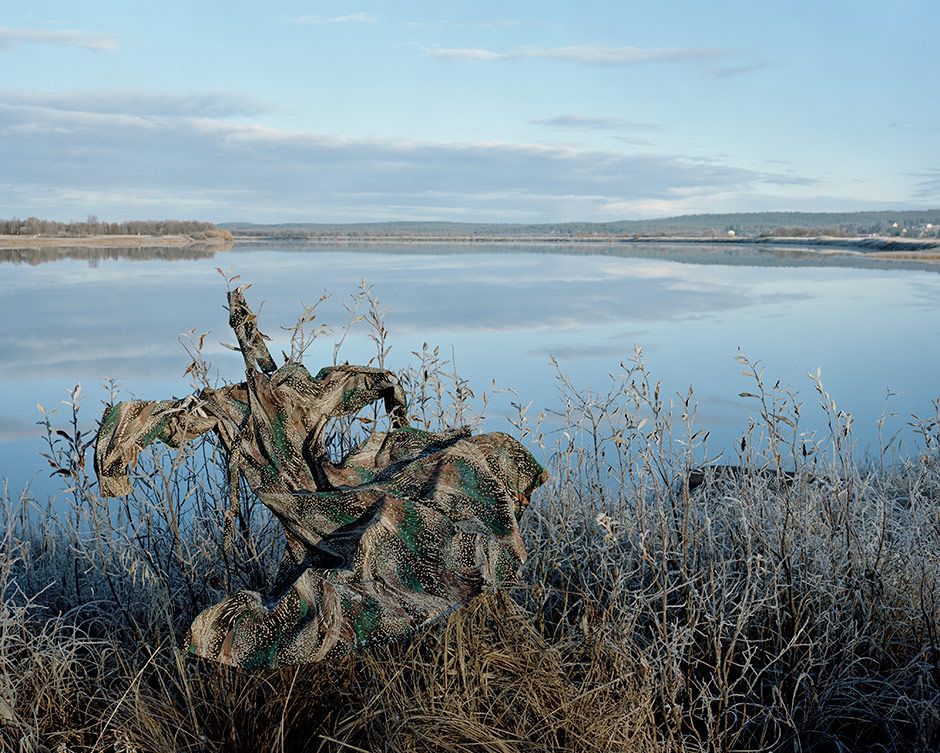 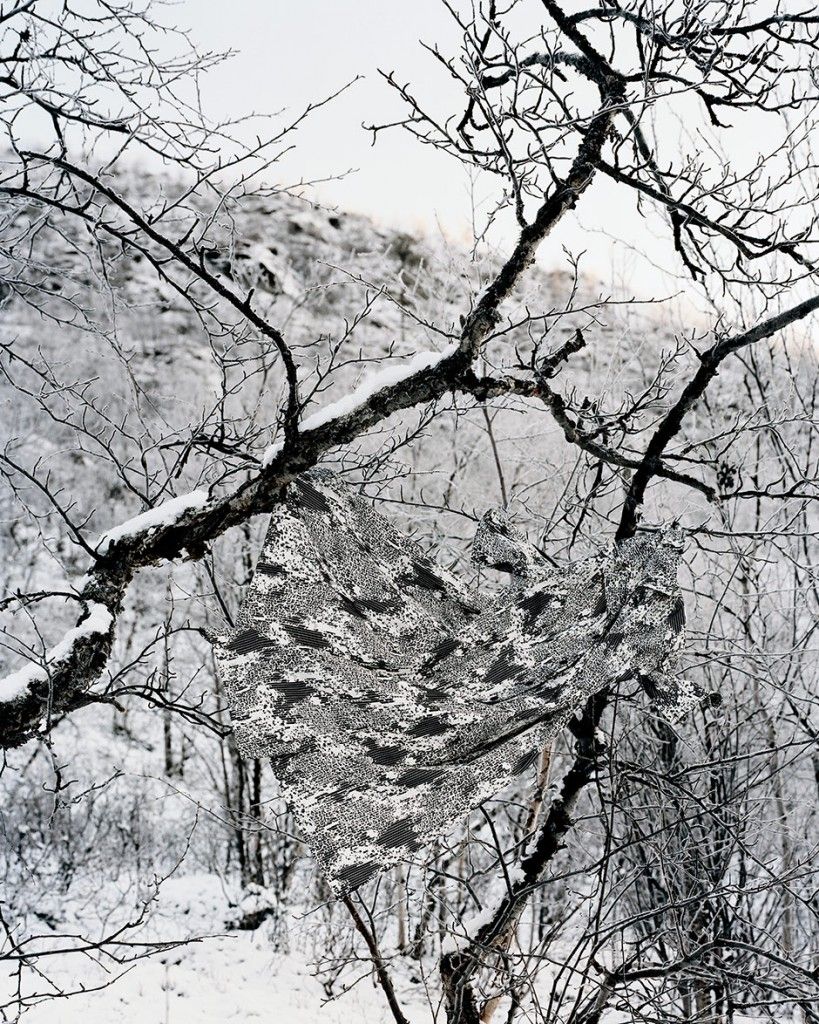 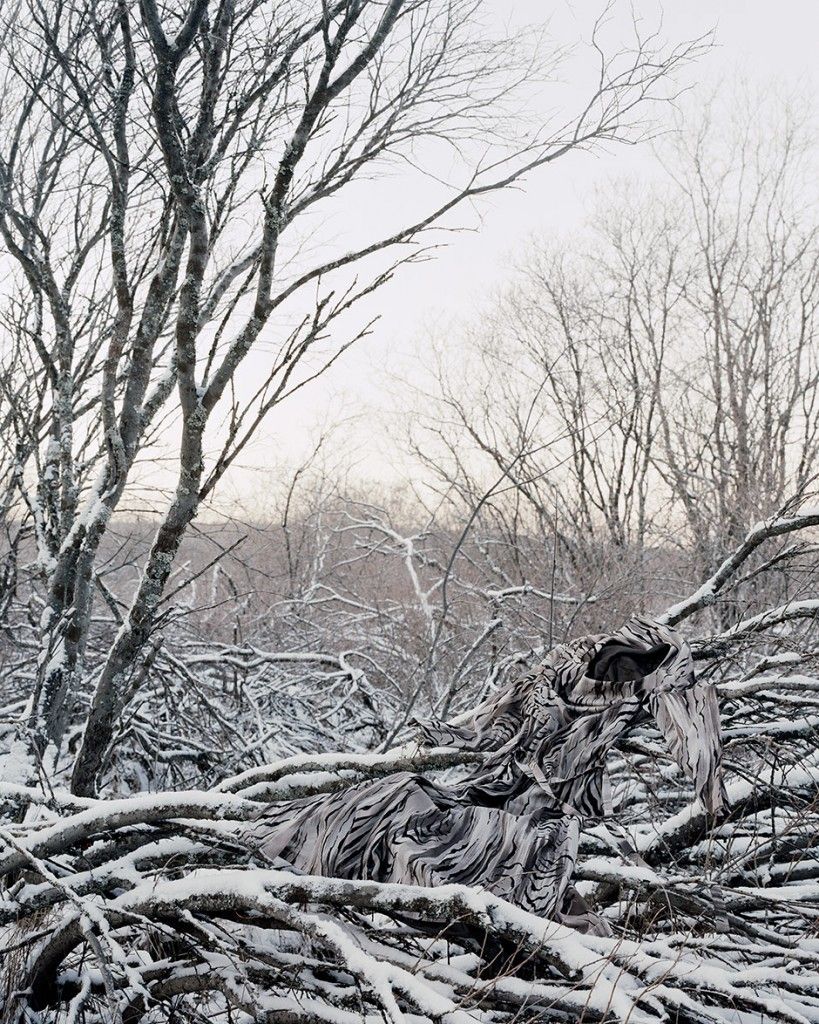 For Päiväläinen, the clothes are vestiges of human beings, retaining traces of the history of the person who wore them long after being discarded. The garments represent both the presence and the absence of their former owners. Like artefacts found in an Egyptian tomb, the clothes, with their faded colors and torn fabric, bear the signs of time and usage and the peo­ple who wore them.

Landscape is not a topographical and objective phenomenon for Päiväläinen. Rather it is subjective and highly evocative, representing the cycle of life. Päiväläinen uses the properties of the landscape in Finland or England, where she has worked, as a stage for displaying the clothes. By soaking them in water and placing them outside in the Finnish winter, for example, the garments freeze solid, filling out as if someone were wearing them. This gives them a sculptural quality and opens manifold metaphorical and narrative possi­bilities. The clothes become part of nature which interacts with and animates them.
Her photographs turn these three-dimensional, real-time encounters back into an object and a surface. In these pictures, Päiväläinen captures and distills the visual and psychological essence of the interaction of dresses or coats with external world. They become signs and symbols repre­senting amorphous personal histories which together form a collective history with infinite narrative possibilities.