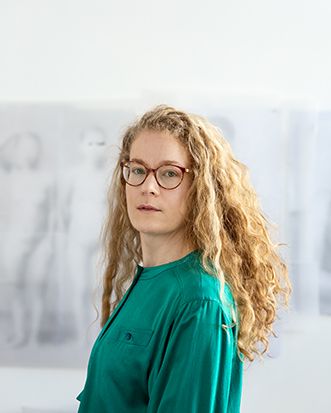 In her work, Milja Laurila questions the ability of a photograph to forget what it once was proof of – does an image, that is detached from its context, still remain related to the original semantic field, or does it transform into something new? A characteristic trait of Laurila’s work is using borrowed image materials, in particular, taken from old medical books. By detaching the images from their original context, the artist places them in a challenging position: she lets them speak on their own – in their own voice. It is the editorial power of collage that allows the found photographs to project a new meaning and message. The alterations Laurila makes to the images undermines and usurps the social and political structures that underpin the original photographs. Memory, feminism, and the relationship between knowledge and unconsciousness are recurring themes in her work.

Milja Laurila (*1982 in Helsinki, Finland) is a conceptual photographer with a focus on female perspectives and social gender concepts. After spending a study year at Musashino Art University, Tokyo, in 2008, Laurila graduated from the Aalto University School of Arts, Design, and Architecture in 2010.