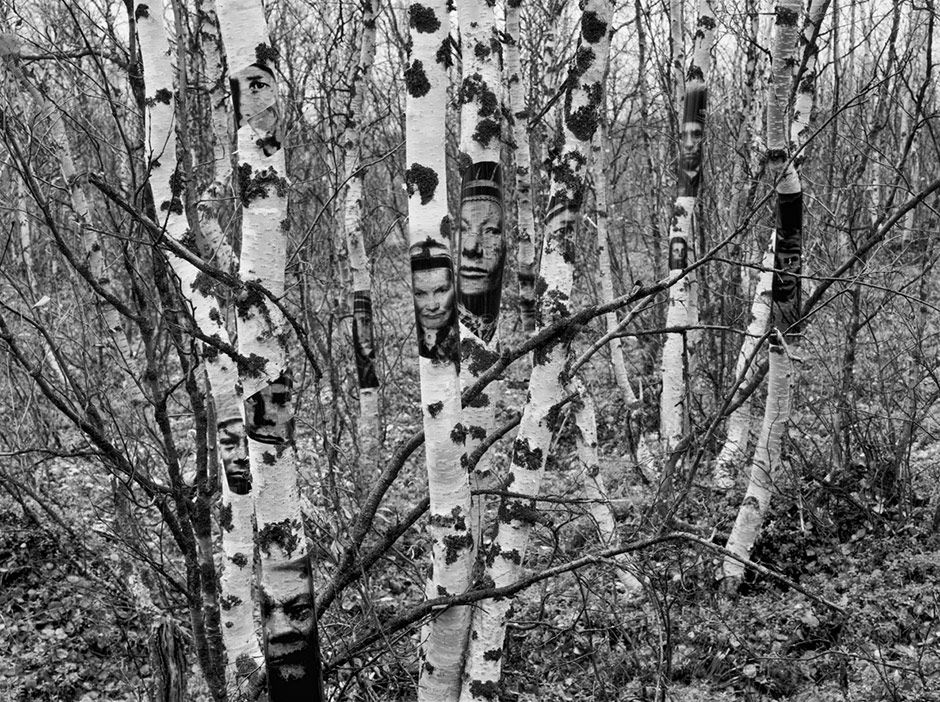 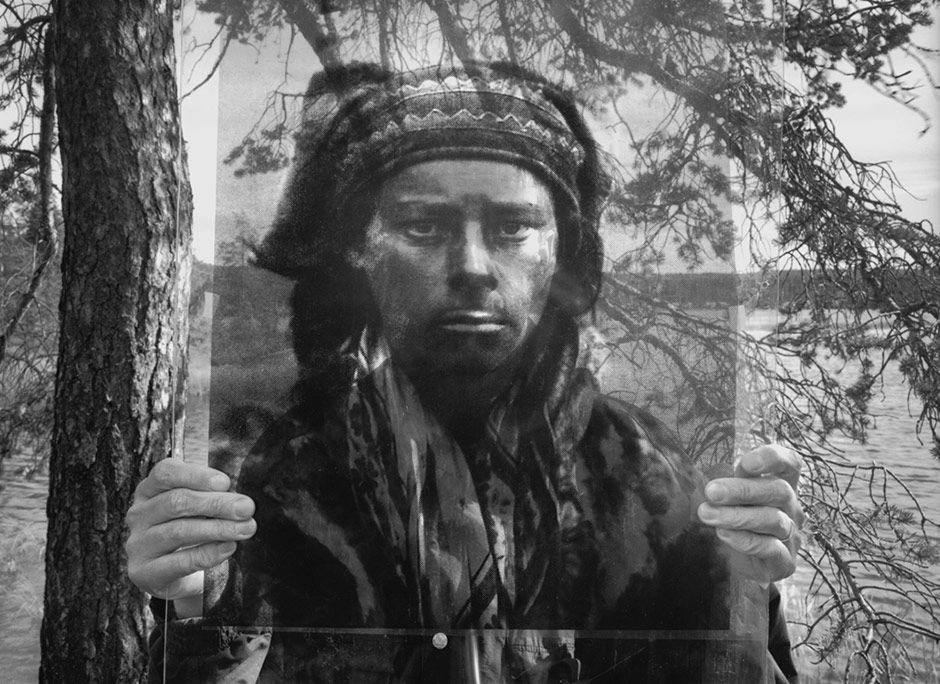 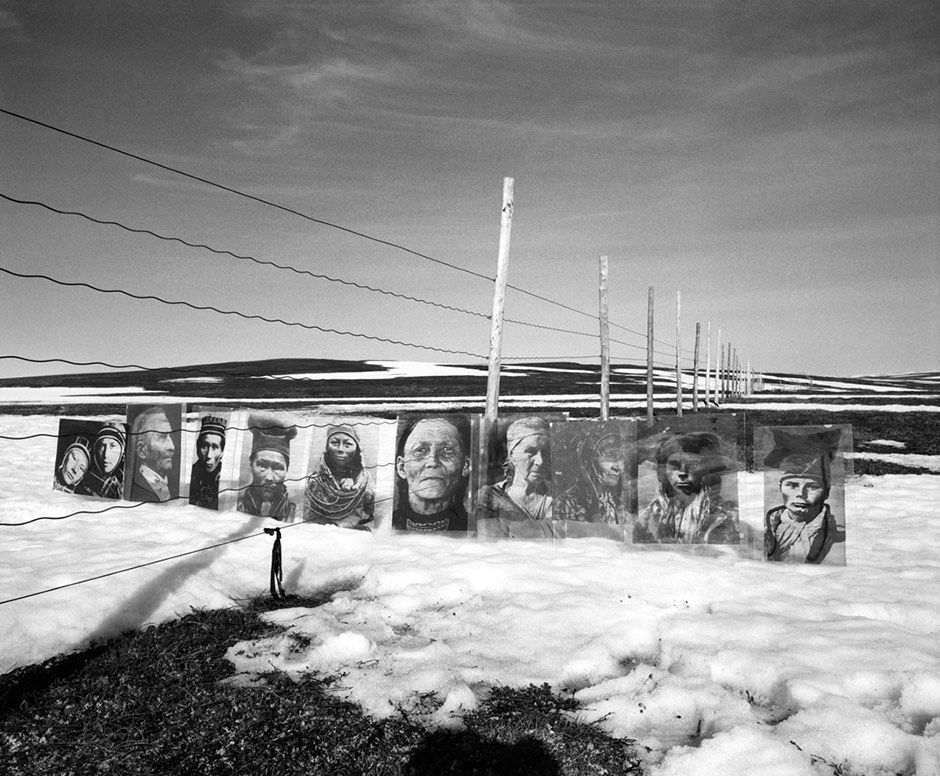 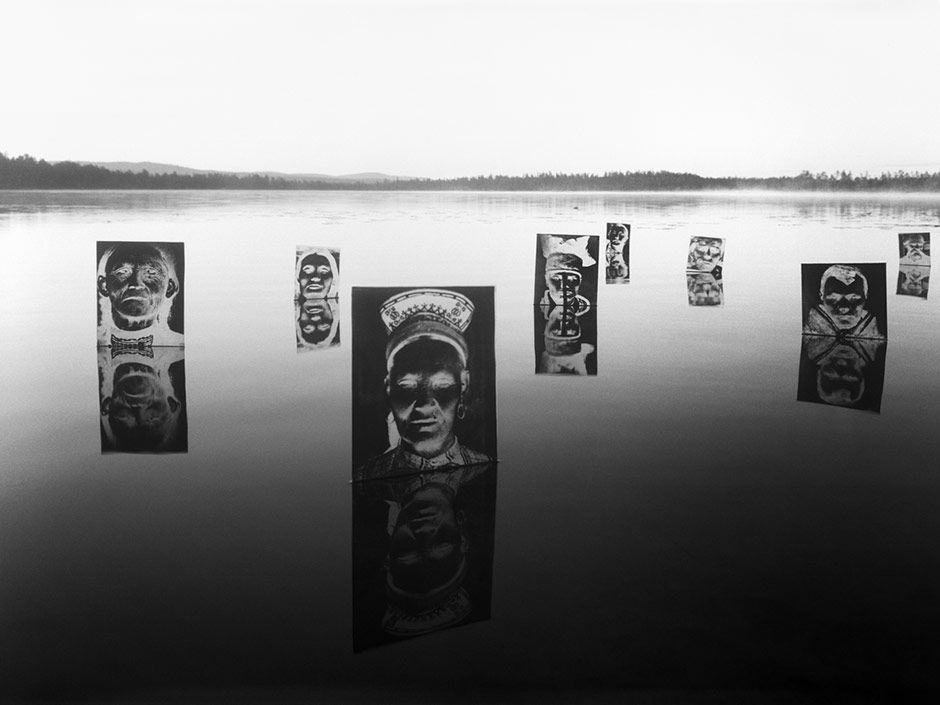 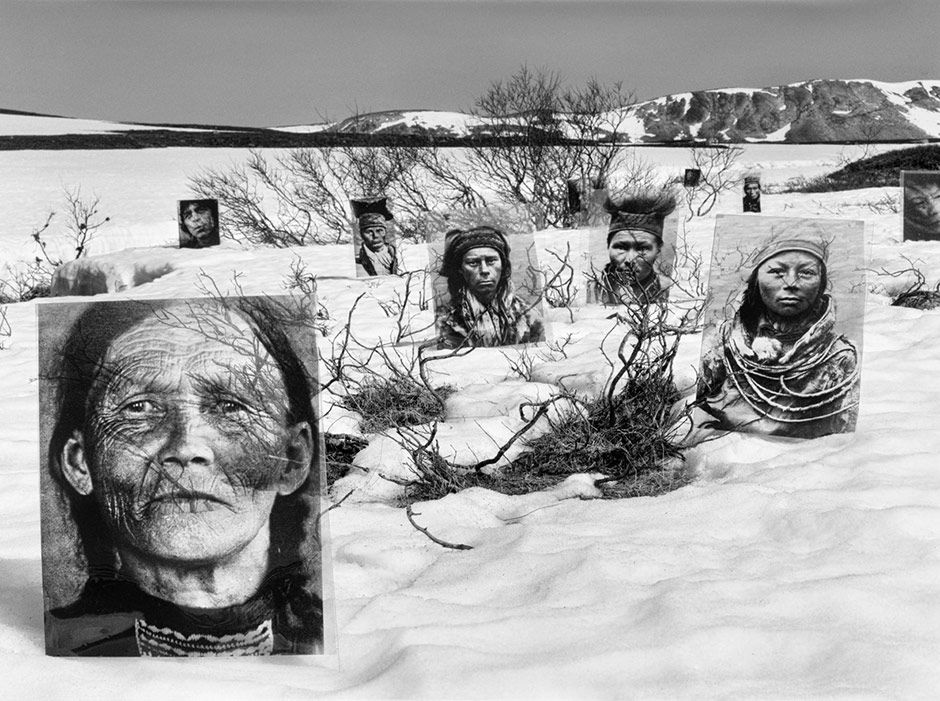 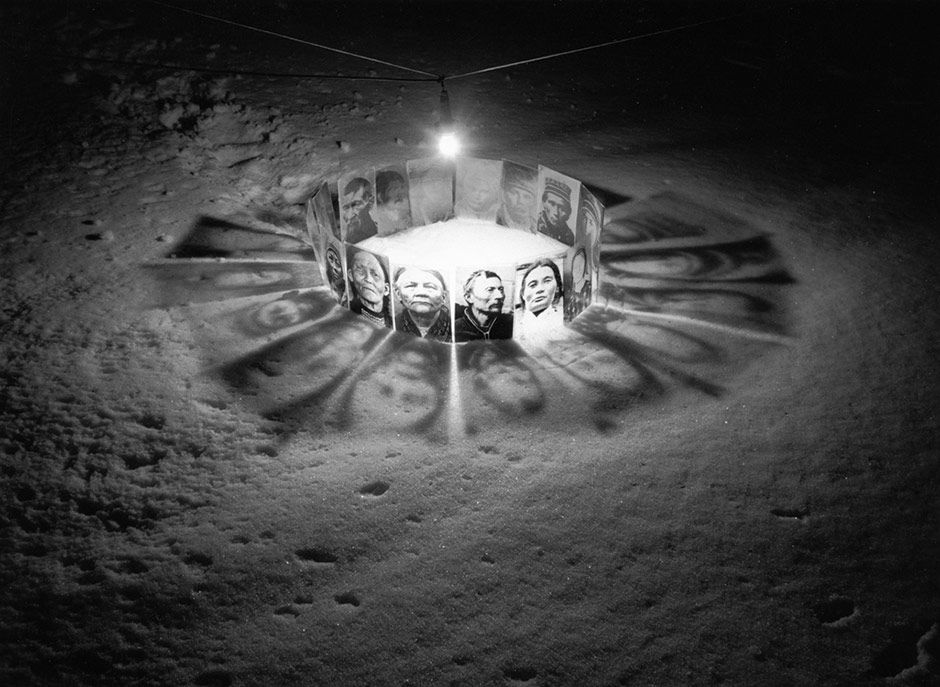 Imaginary Homecoming
Imaginary Homecoming is concerned with the relationship between land, people and history. It is work deeply rooted in the north, expressively, intellectually and physically. A substantial body of work made over several years, it
explores intersections of histories, different in conception, substance and telling. The histories are those of the minority Sámi people of northern Norway, Sweden, Finland and Russia, of other Europeans, of history, of sci­ence, of photographic practice, of dynamic responses to landscape and thus the cultural processes that link them. Integral to the work is the way in which these linkages are expressed through an accumulation of images in both space and time. It was the encounter with nineteenth cen­tury images of Sámi people, both engravings in travels literature and photographs in ethnographic and folklore archives that first suggested to Puranen the possibility of exploring visually the imaginative historical projections which had gathered around the north and its peoples. Imaginary Homecoming resonates with quotation and metaphor, creating at one level a redemptive statement in relation to cultural marginalisation and inequality and at another a mytho-poetic of history emerges from the spir­itual engagement with the land and the people of the far north. Th cohering themes of the work are people, land­scape and history and the fluid relationships between them. In this Puranen's work both reflects and restates the cohering elements of culture and community themselves. Consequently these relationships form the focus of my contemplation on Imaginary Homecoming.
Puranen has an intimate knowledge of the northern landscape and a sympathetic engagement and deep under­standing of the cultural phenomena that comprise it. He has worked alongside Sámi people, documented their lives and contributed to their publications such as the newspa­per Sápmelas for many years. He approaches the expres­sive work with all the complexity of viewpoint that that engagement entails. He is not trying to make absolute state­ments. Representing anybody or anything has now become complex and deeply problematic. Through exploring the multiple layers of intersecting histories, their tensions and ambiguities, Puranen is trying to respond to the poetics of culture in a way which makes it clear that he is "speaking about» (hardly an unproblematic endeavour in itself) rather than «speaking for».
His aim is evocation rather than authority as such. The authority of the text, in which one must include photography as an descriptive inscrip­tion, has been seen as increasingly problematic over the last decade or so. It is impossible to avoid the notion of authority. Any coherent statement (such as Imaginary Homecoming) presupposes a statement of authority. Puranen attempts to confront the dilemma by giving space to the alternative symbolic figurations of land and culture through the visual spaces which surround the installations of photographs in the landscape. The ethereal presence of the photographic installation creates an uncertain statement, an ambiguity. Further, the authority of the pho­tographer is formulated more in terms of an evocation, an invitation to the viewer to engage with the issues of memory and history, of dispossession and marginalisation around which Imaginary Homecoming revolves. Such con­scious experience itself forms another historical layer, as the viewer experiences another re-engagement with possi­ble meanings through the juxtaposition of two historical 'texts' - photograph and landscape working together to create significance.4 Puranen can only tell the story in his own voice with an imagination of what it might be to be someone else which, as Greg Dening has argued, is the es­sential human role of the historian. Other voices would tell the tory and inscribe its landscapes very differently - but that is the nature of both and art and history.
Elizabeth Edwards, Prologue. In: Jorma Puranen - Homecoming. Oulu, Finland 1999.