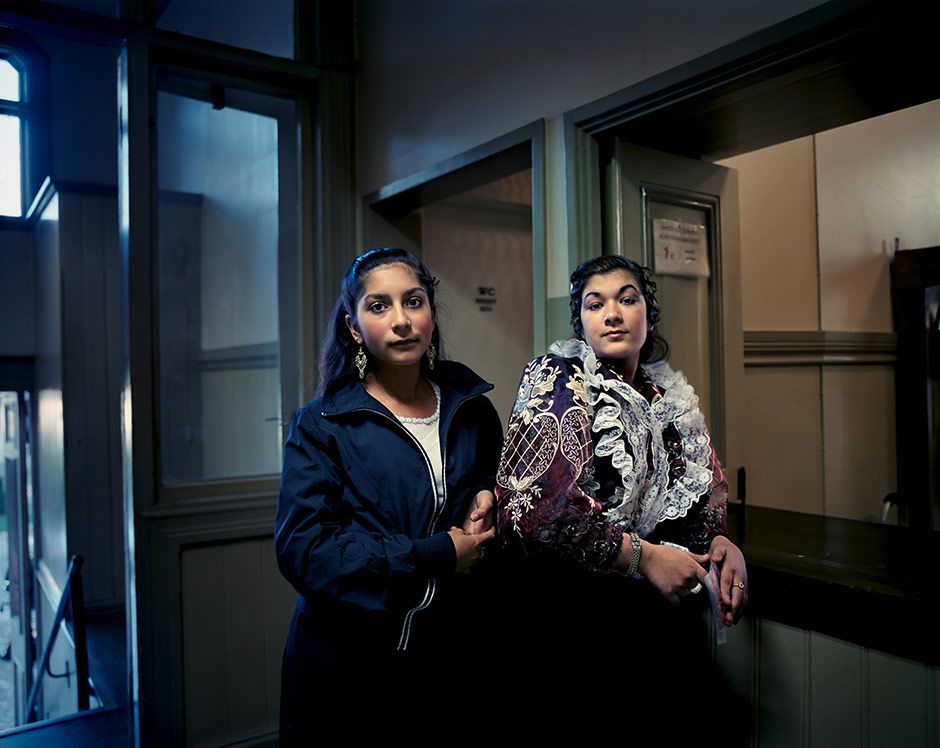 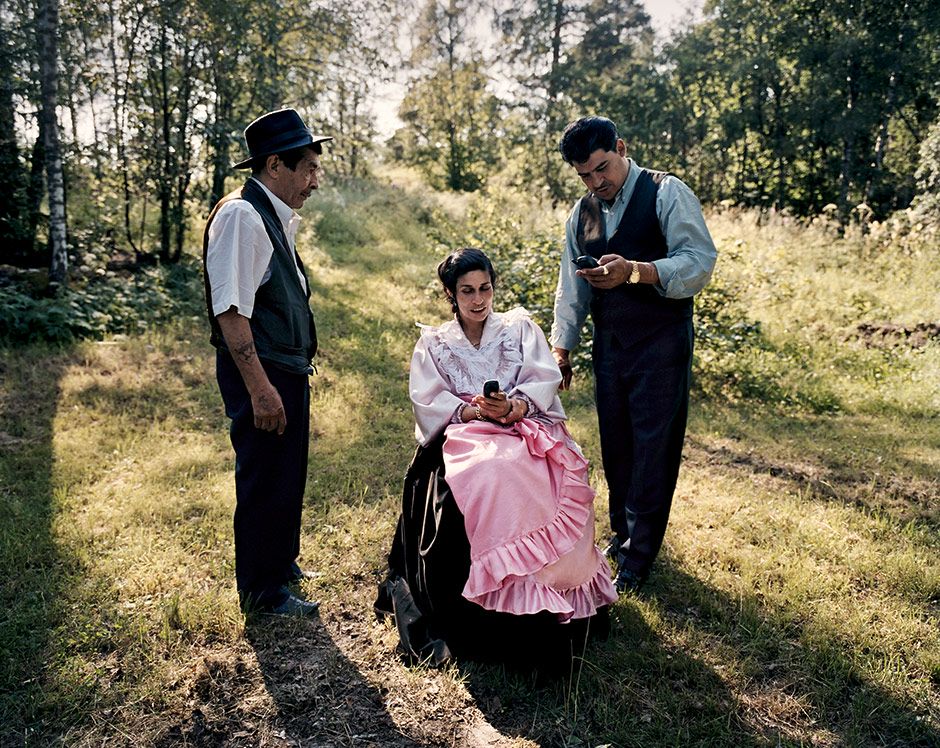 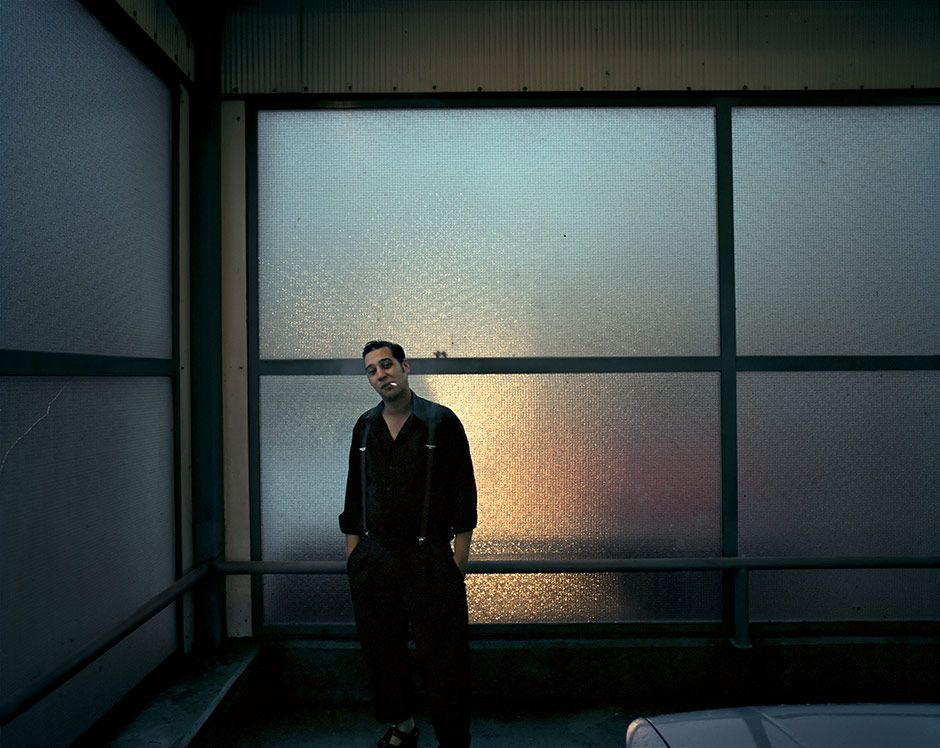 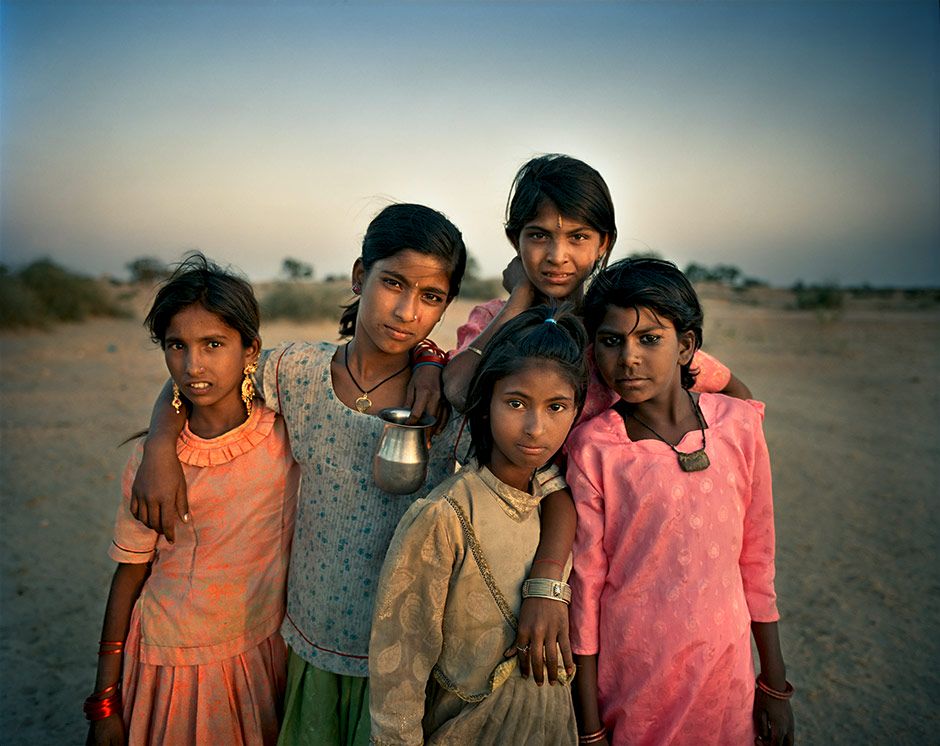 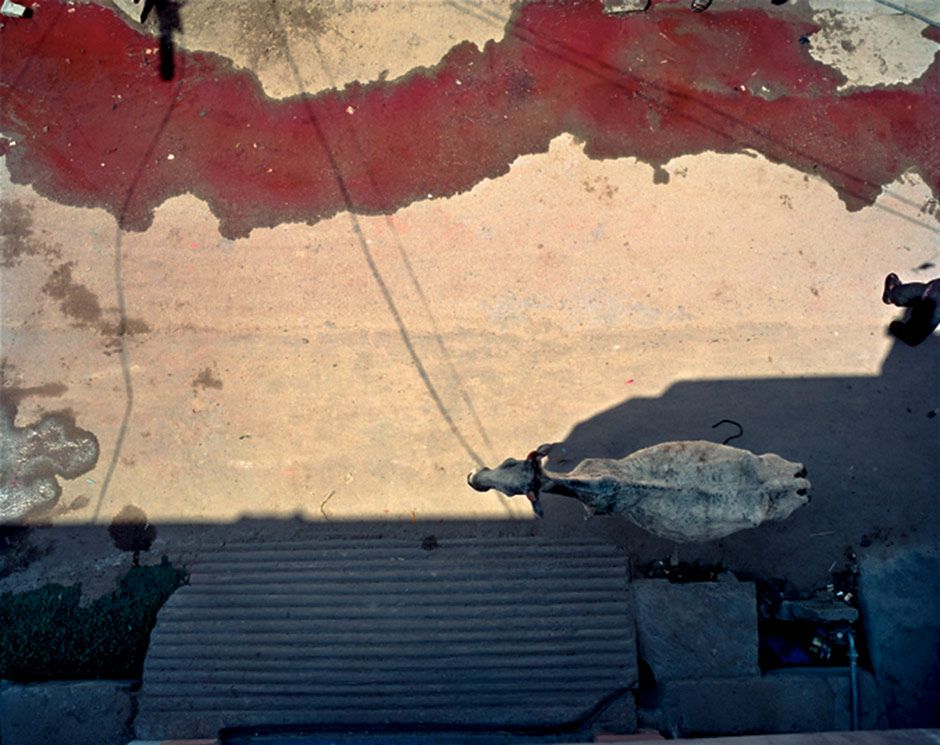 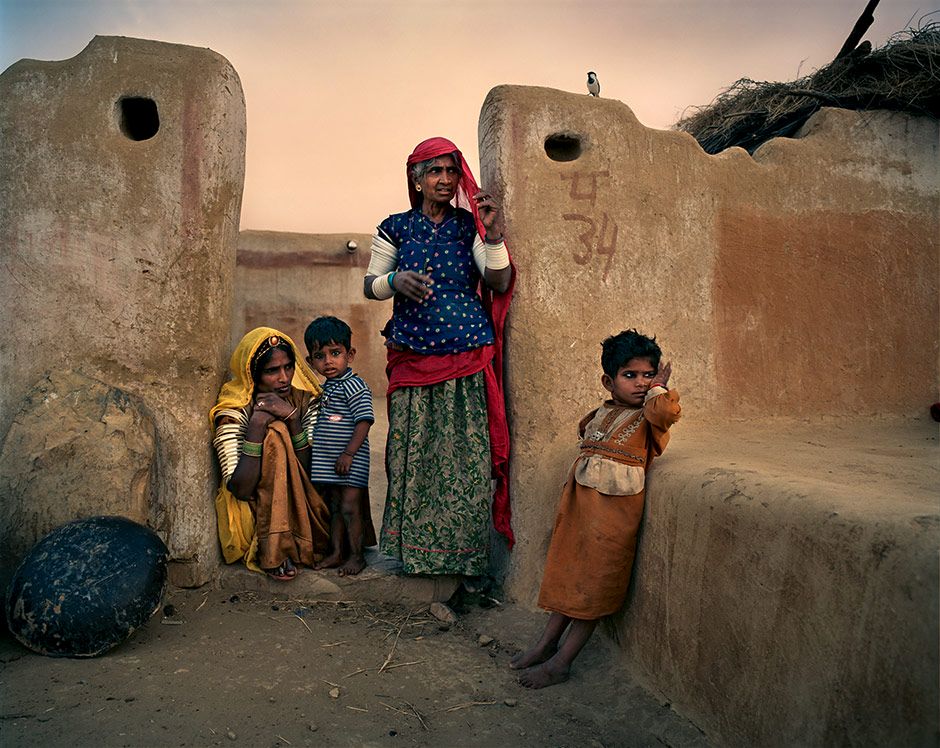 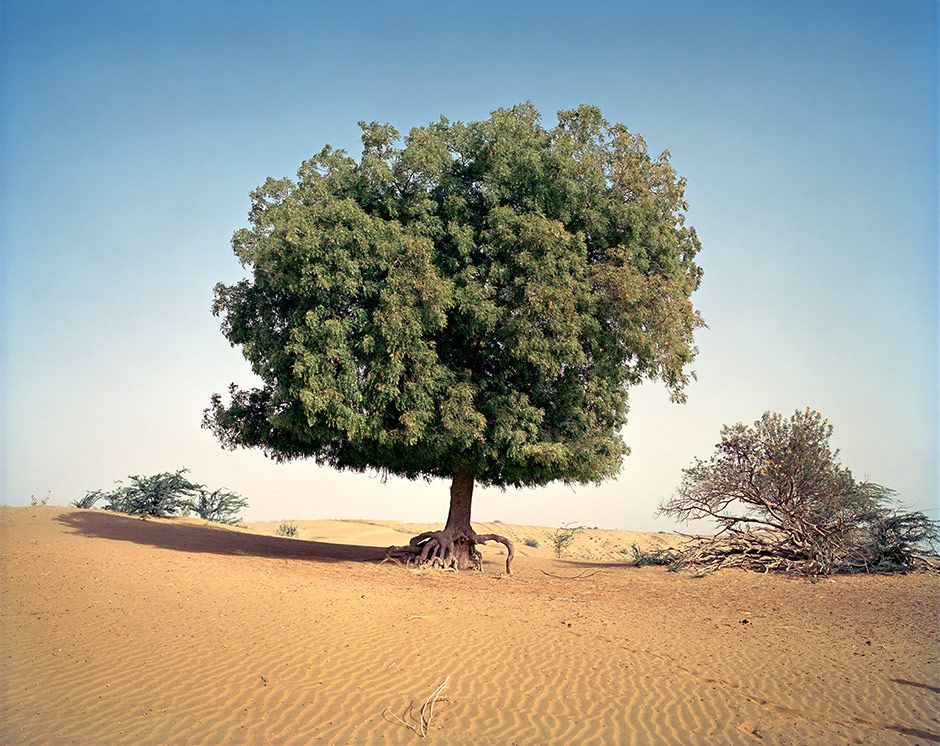 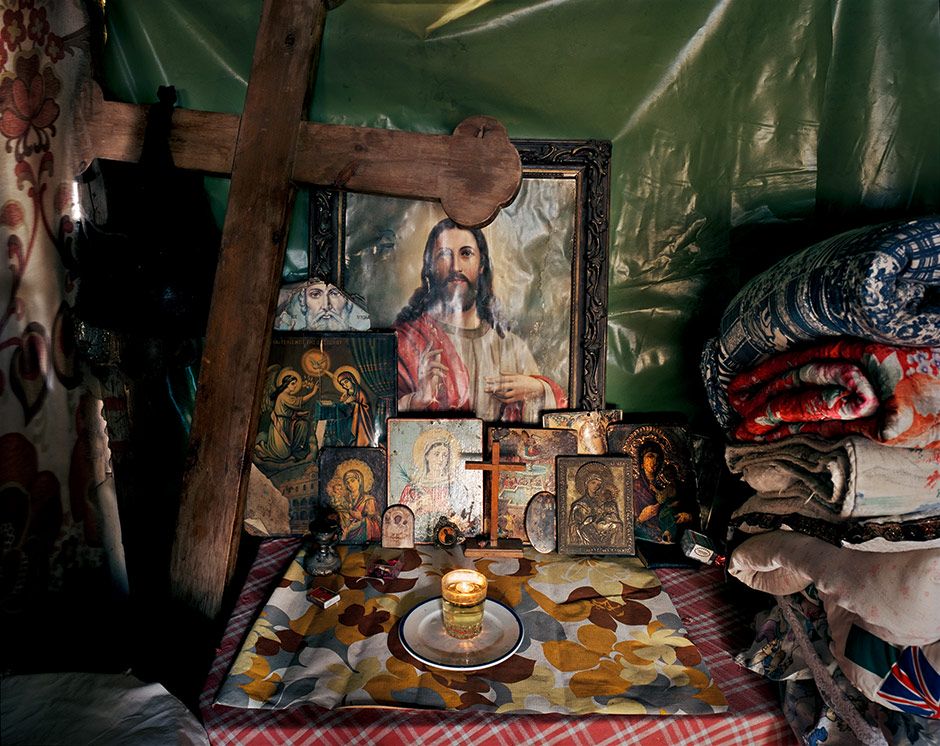 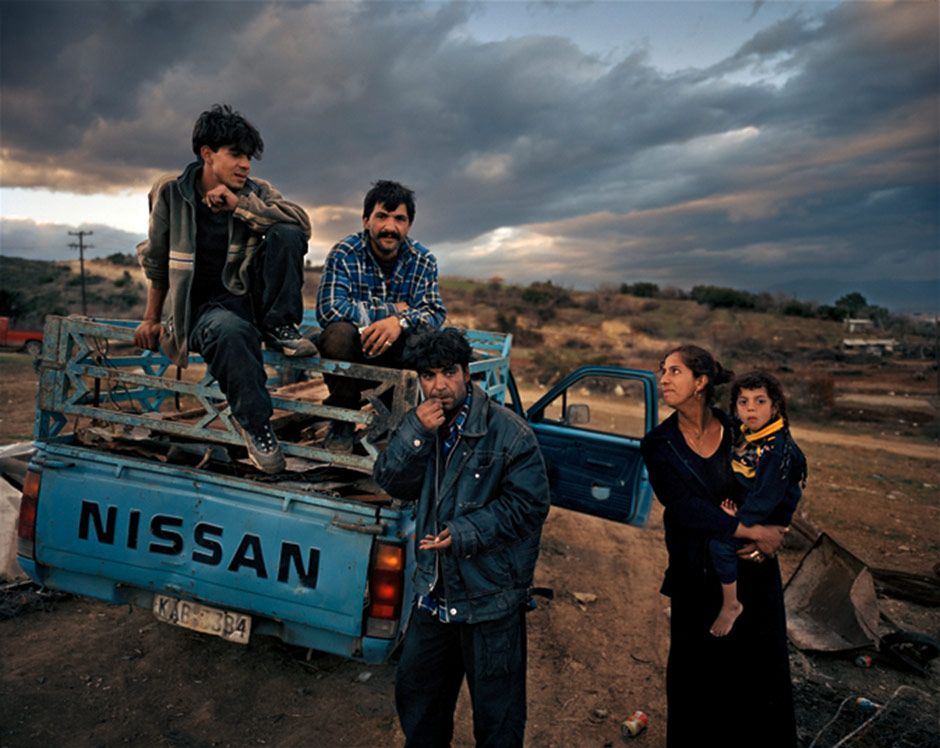 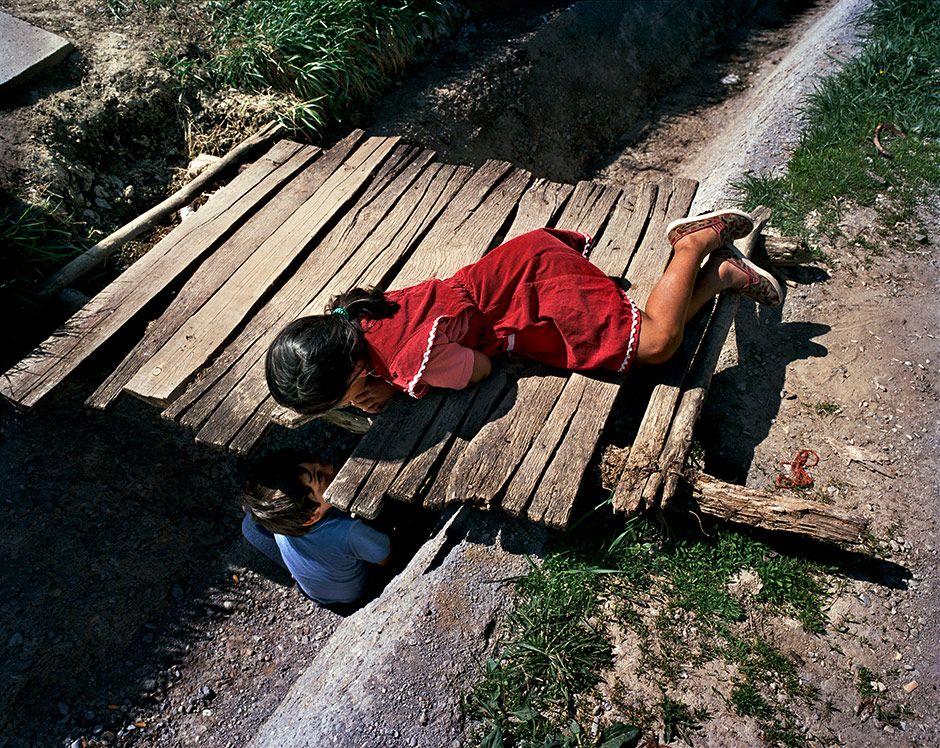 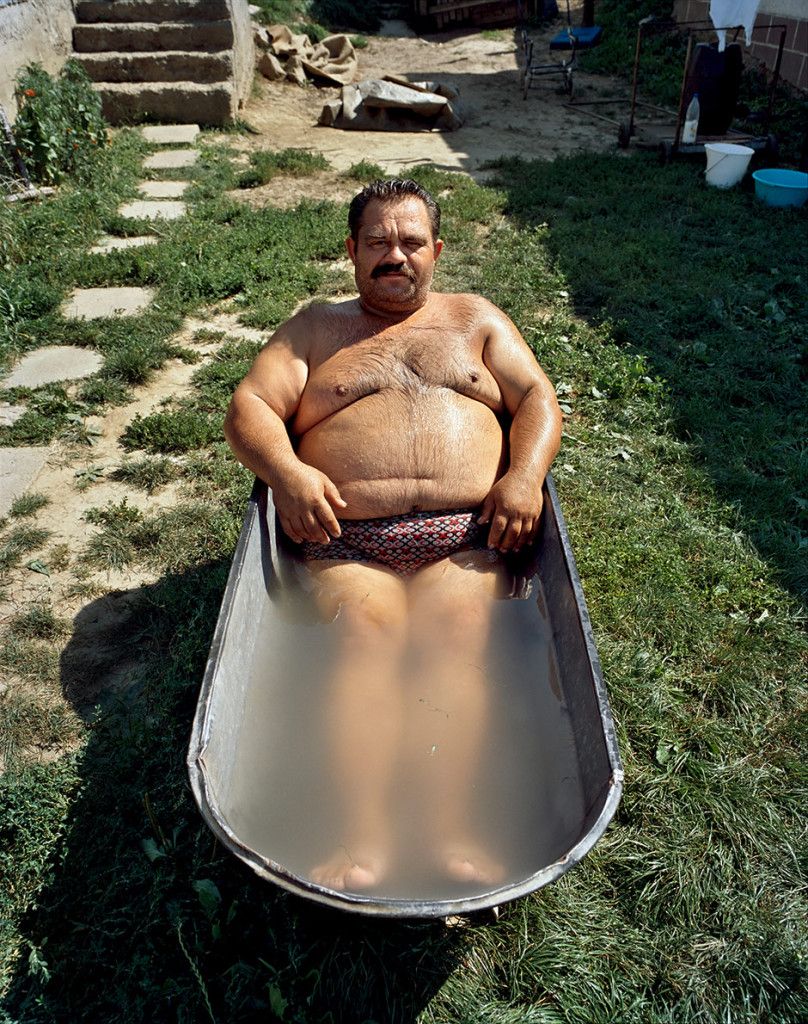 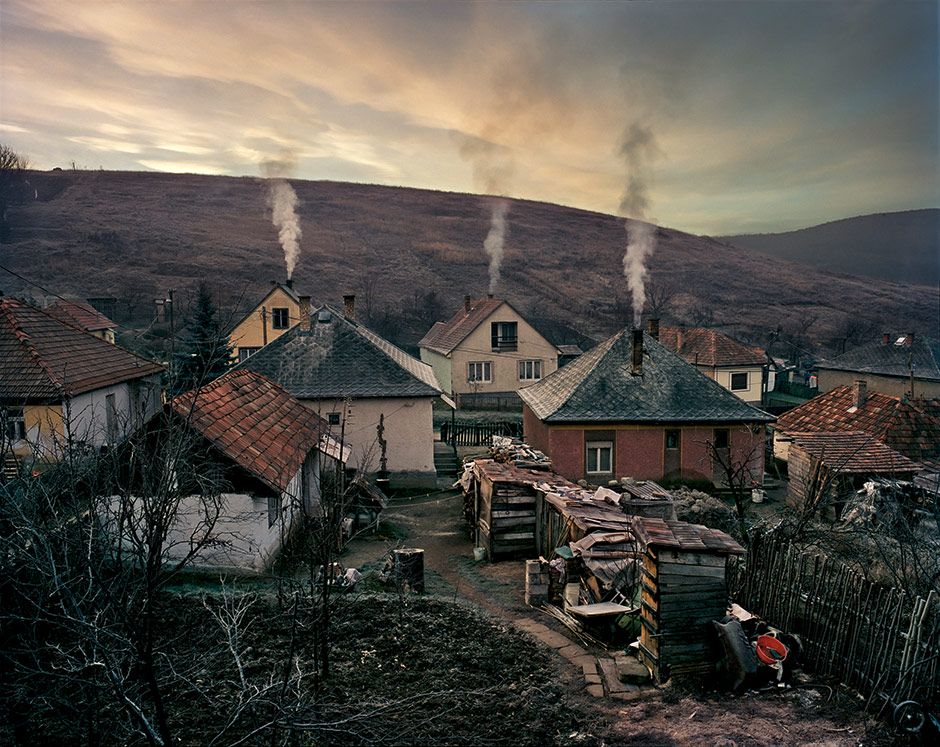 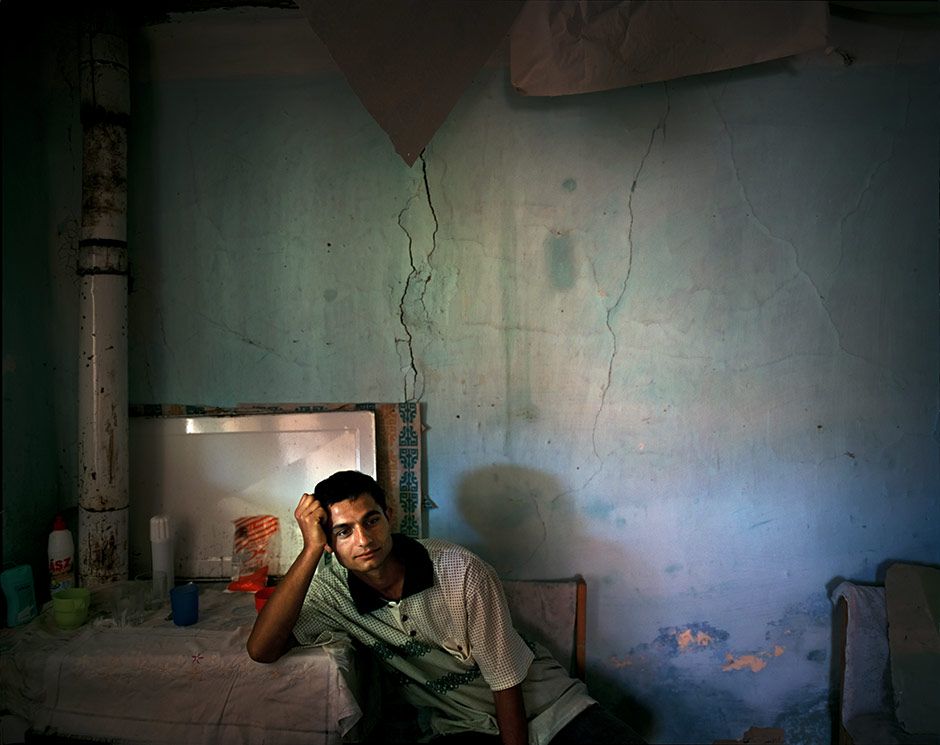 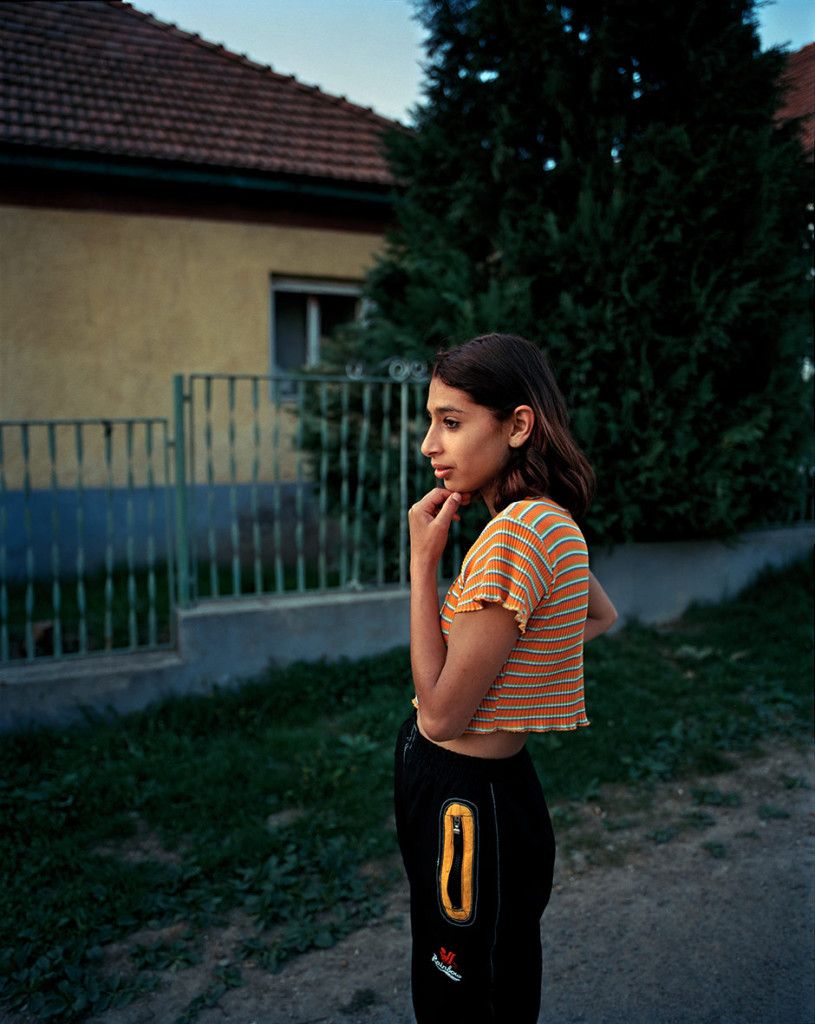 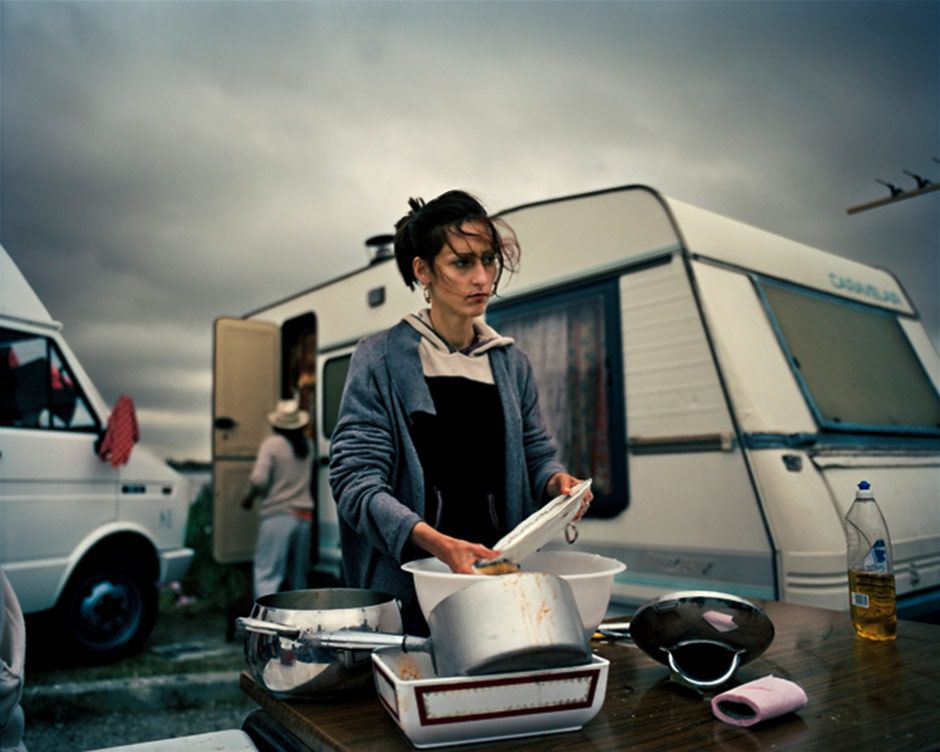 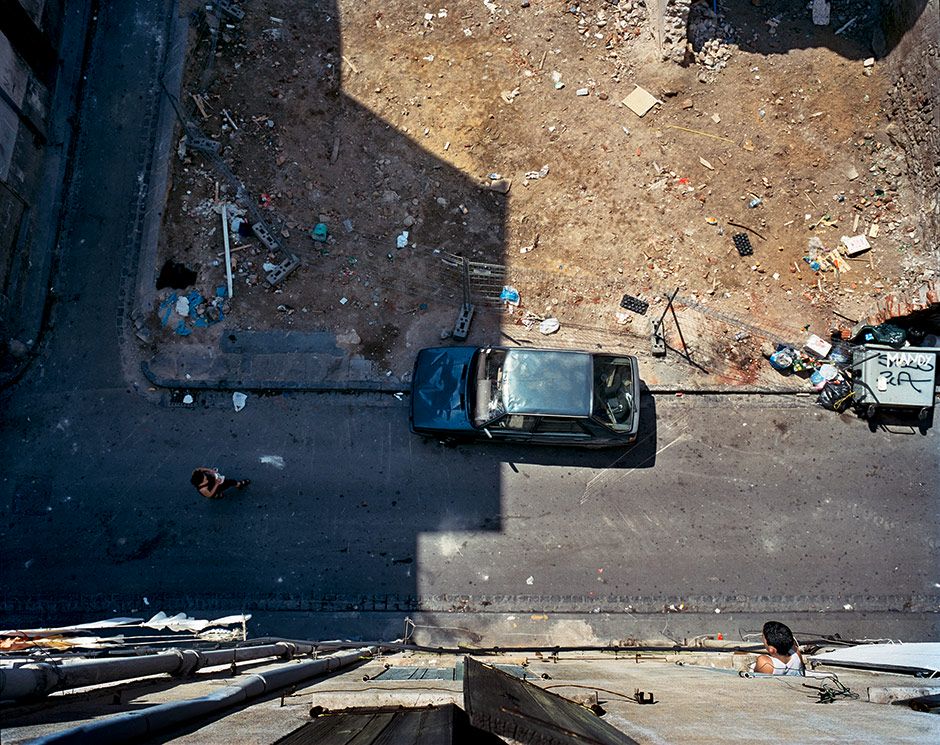 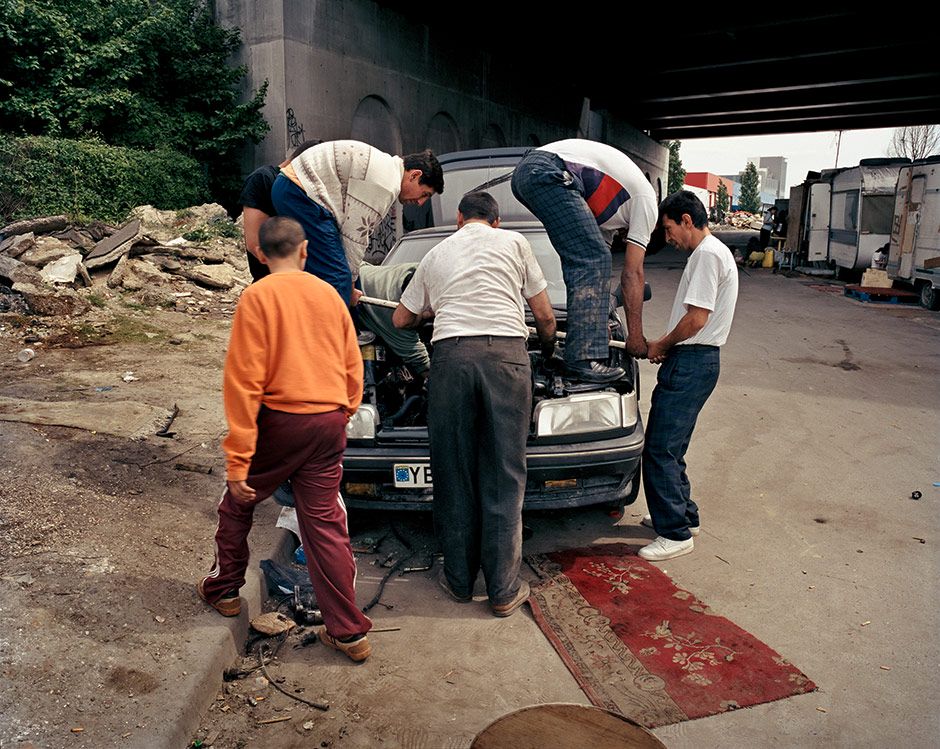 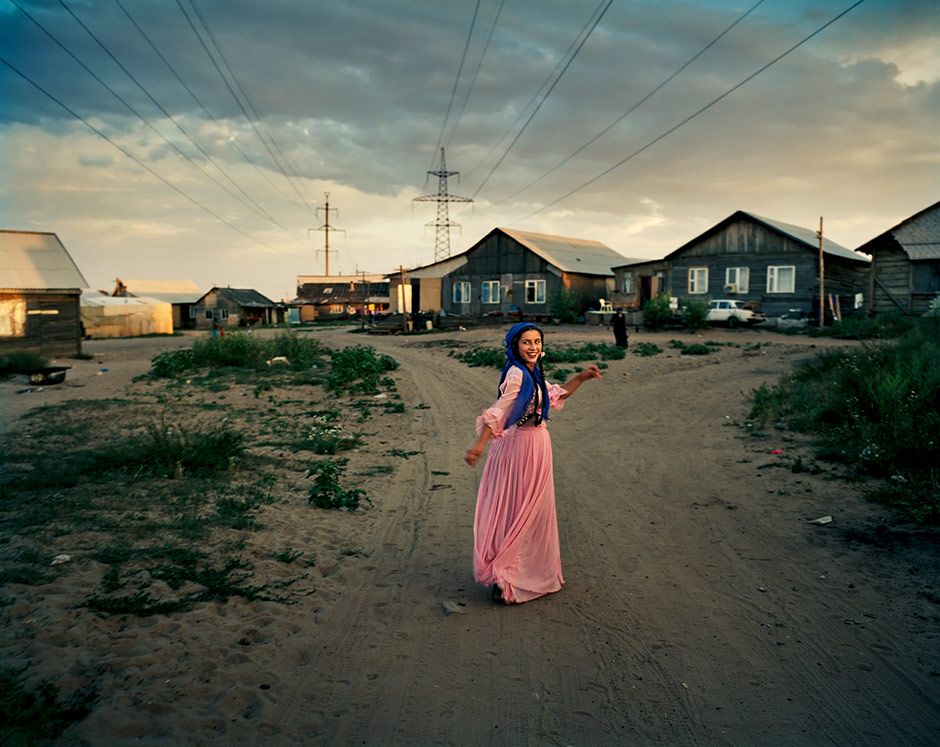 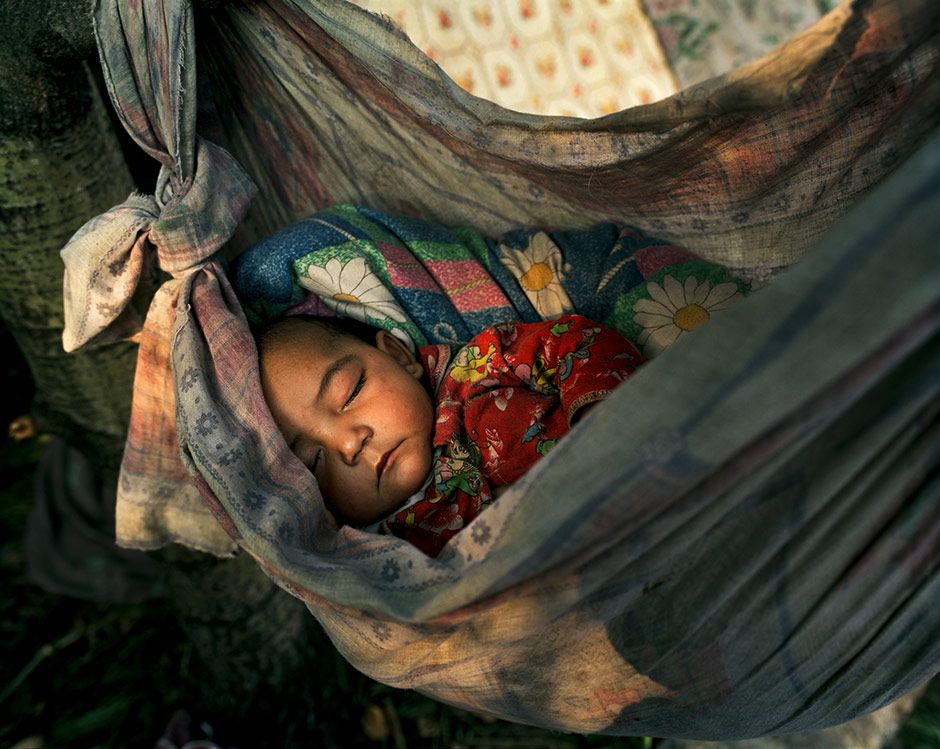 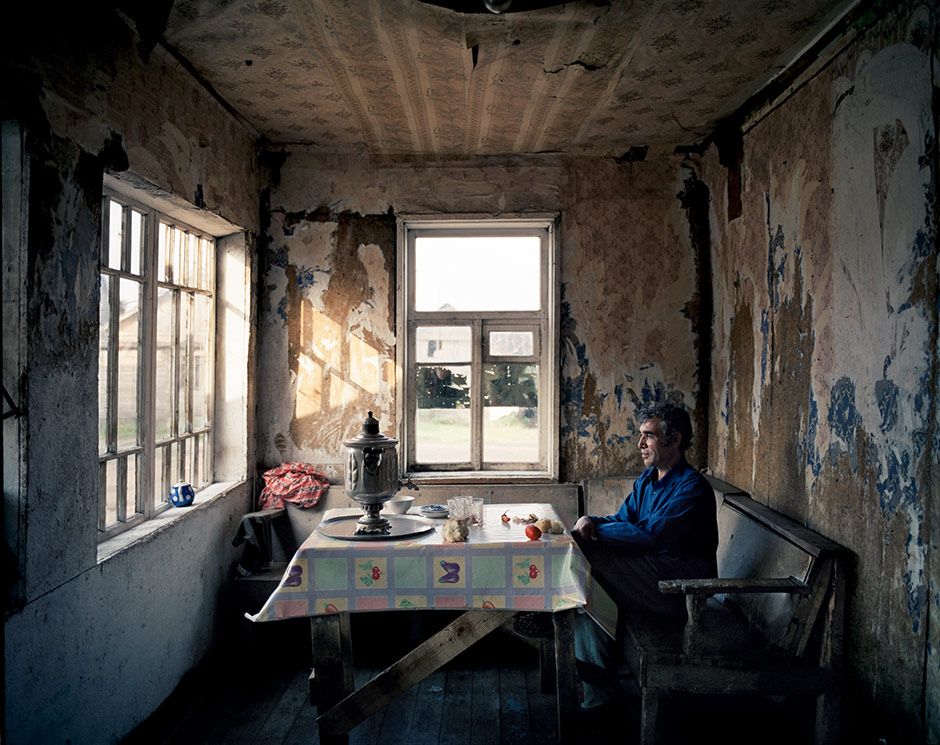 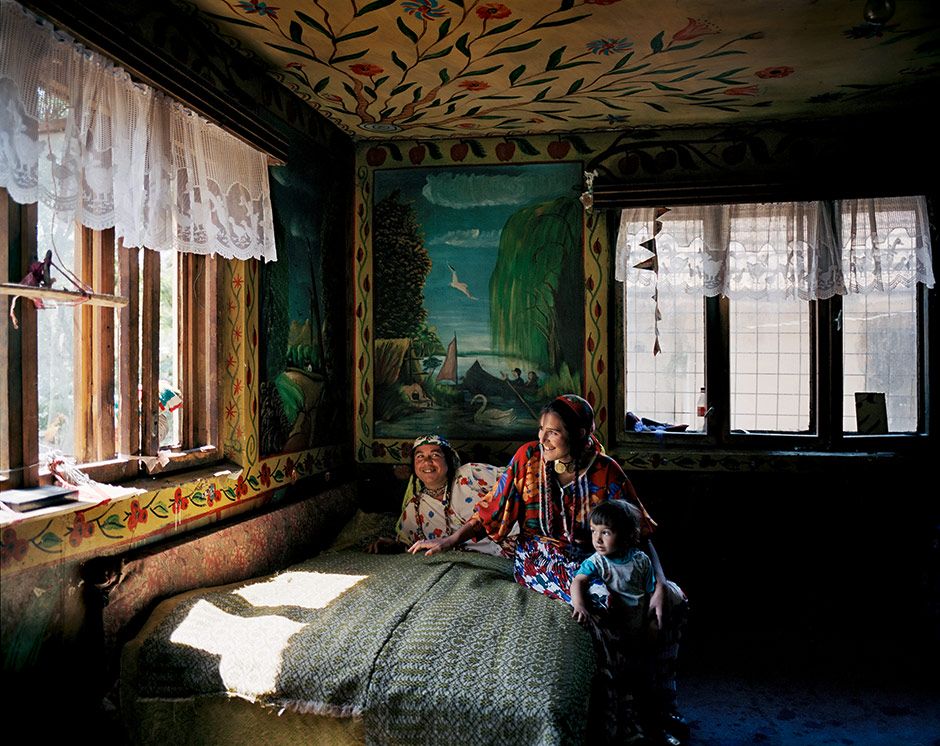 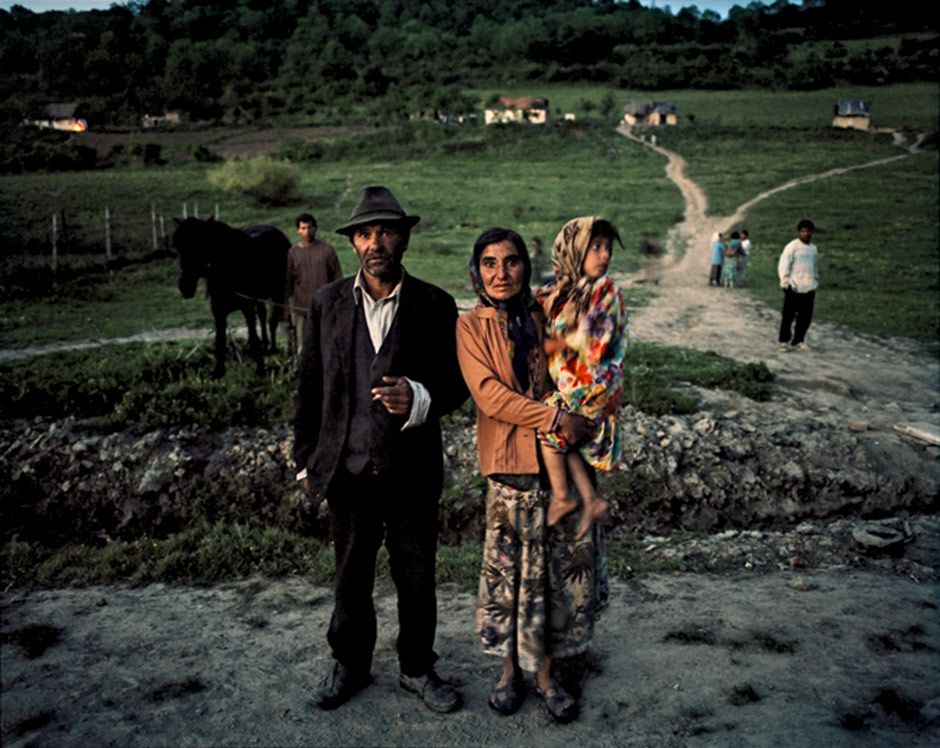 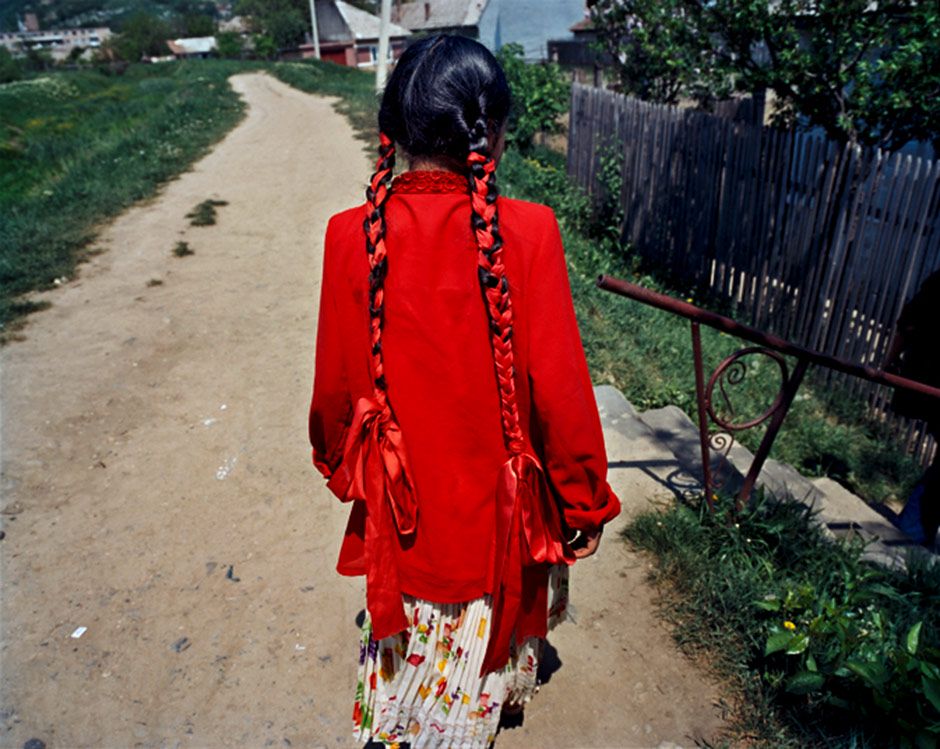 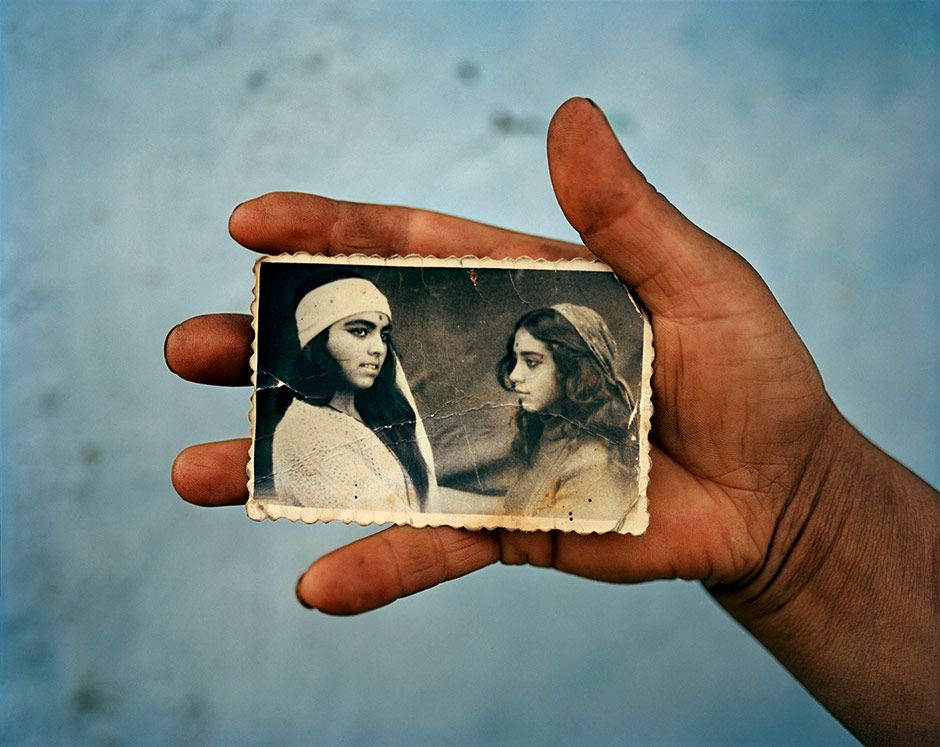 The Roma Journeys (2000–2007)
"These Roma journeys were by no means meticulously planned, and instead the product of a number of coincidences that enabled us to come into contact with the Roma. We endeavored to communicate directly with them. In most countries this was possible, while in Russia and India we were accompanied on our travels, and thus had willing assistance.”
For seven years, photographer Joakim Eskildsen and writer Cia Rinne visited Roma communities in seven different countries, at times staying with the people for longer periods of time to learn about their life, history, and situation. The starting point for this vast project was that Eskildsen and Rinne where told about a small Roma settlement outside Hevesaranyos in Northeastern Hungary by their friend, the Hungarian-born sculptor Zoltán Popovits. In 2000, they were introduced to the place by Zoltán and Zsuzsi, a friend of his who had grown up in the very settlement. They stayed at the house of Zsuzsi’s mother Magda, and spent several months there, sharing the people’s everyday life, getting to know them, and making friends with many of them.
Wanting to find out more about the history and cultural heritage of the Roma, the photographer and the writer made their way to Rajasthan, Northern India, where they visited nomad groups such as the wandering smiths (Gaduliya Lohars), merchants (Banjaras), snake charmers (Saperas or Kalbelias), musicians (Manganiars), and artistic dancers (Nats). They found out about numerous parallels in culture, language and traditions between those Indian nomads and the Roma they had visited and would visit within the following years. Following their stay in Hevesaranyos and Rajasthan they were keen to find out more about the Roma and their situation in a larger context. While living in Berlin for several months, Rinne had met Aurelia, a girl from Romania who had grown up in a Romanian Roma family. They visited Aurelia and her family in Clejani, and understood that the situation there differed largely from what they had seen in Hungary, that they had gotten to know just a tiny piece of the very rich and varied Roma world, and decided to extend the project further. After having gotten to know two different pictures in Eastern Europe, Rinne and Eskildsen researched the situation in Western Europe. They had learned that the condition in Greece is similar to that in Italy and Spain, and France with its different groups of Roma might at the same time shed light on the situation of the Sinti/Manouches of Central Europe, and of the Gitans/Gitanos in Southern France and Spain. Furthermore, they also wanted to learn about the Roma in their vicinity, and therefore in Finland mainly concentrated on Roma living in their hometown or in nearby villages.
The Roma have been deeply influenced by the countries they live in, and by their own history in these. They never did and do not live "outside society” like independent entities as is a common misconception. Often, the Roma are said to be the strongest protectors of a country’s musical heritage, in some cases they keep languages alive as the Gitans Catalans in Southern France, or, like the Kaale of Finland, who cultivate a dress code that has its origin in Finnish countryside fashion a century ago.

The Roma Journeys comprise a series of close to 250 photographs by Eskildsen accompanied by Rinne’s essays introducing the visited Roma in Hungary, India, Greece, Romania, France, Russia and Finland, and a sound collage from each journey. The work is divided into seven parts, the sequence of which roughly corresponds to the chronology of the journeys. The project was published as a 416-page cultural travelogue entitled The Roma Journeys [Le romané phirimàta]. A selection of more than one-hundred photographs along with the texts and the sound collages have been touring museums in Europe since 2007, offering the audience a rare insight into the life of the Roma, the largest minority in Europe with an estimate of 20 million members. The Roma Journeys is not only a project of political force but also a very poetic, intimate and artistic work.