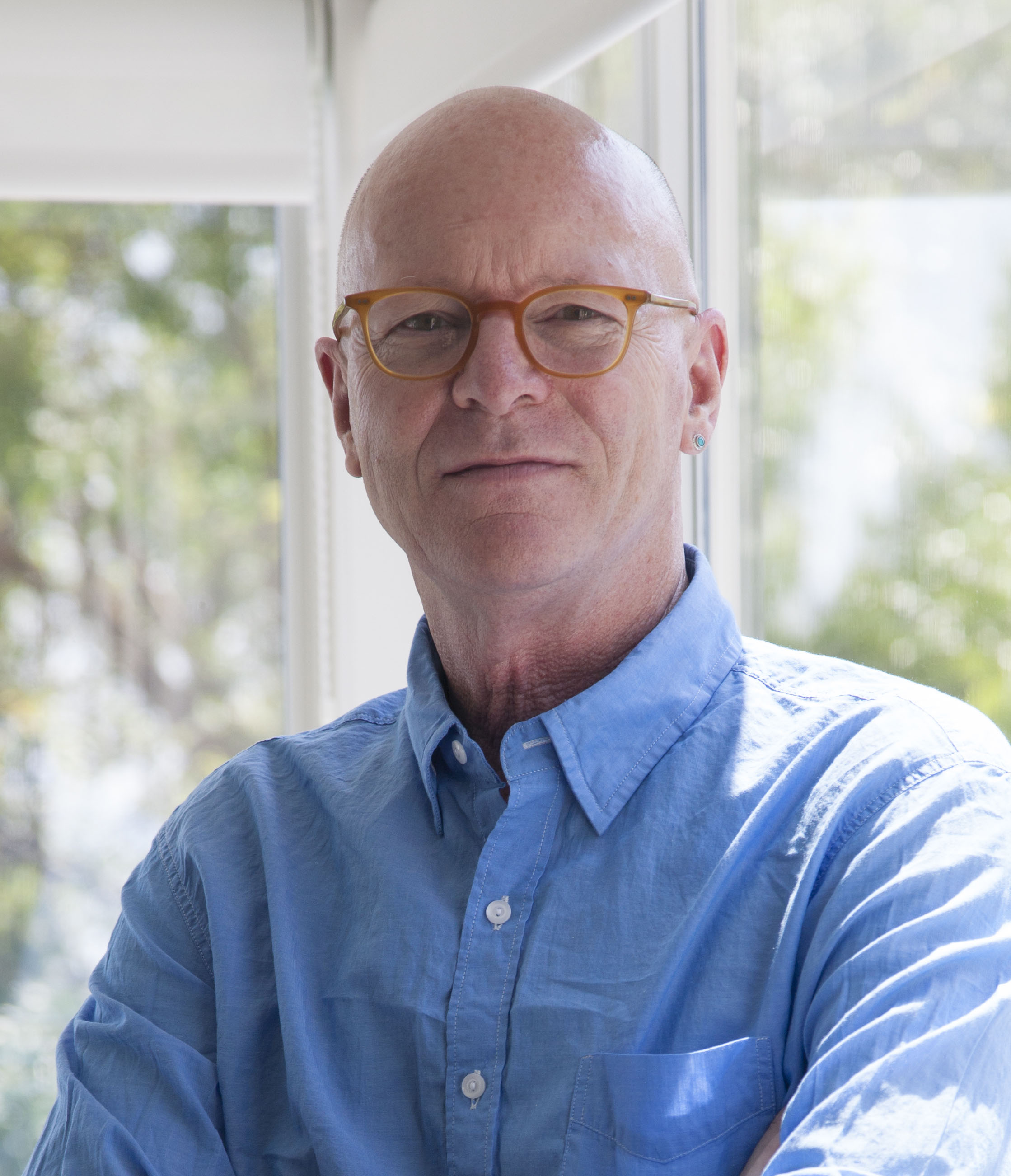 Grey Crawford was born and raised in Southern California, USA, and was one of the first West Coast artists who challenged the photographic medium through his darkroom experiments with both black and white and color photography. After receiving his BA degree from the Rochester Institute of Technology, he attended the Claremont Graduate University, where he was in charge of designing and building the school’s darkroom facilities. It was during these years 1975-84, where Crawford’s main bodies of works, Umbra, El Mirage and Chroma were created. Inspired by the rectangular shapes and forms used by the California hard edge painters John McLaughlin and Karl Benjamin, Crawford distinguished himself from the popular topographers of that era such as Lewis Baltz. He uniquely infused these geometric forms into his Umbra series by utilizing various masking techniques learned in his studies at RIT. Continuously embodying different aspects and disciplines into his work, Crawford realized one of his other major series El Mirage 1975-78. Here, he engages in an experimental play through the use of minimalistic constructions of glass and steel plates on a dry lakebed in the southern Mojave Desert. Grey Crawford’s Chroma series marks for the first time one of the earliest experimentations of manipulating color in the darkroom on photographic paper. This rich archive of works was only recently rediscovered in 2017 after being hidden for the past 40 years. It has now been published in several books and incorporated into the collections of the Getty Museum, Albright-Knox Art Gallery, and the Turku Museum in Finland, as well as in other major private collections. He lives and works in Los Angeles and Denver.