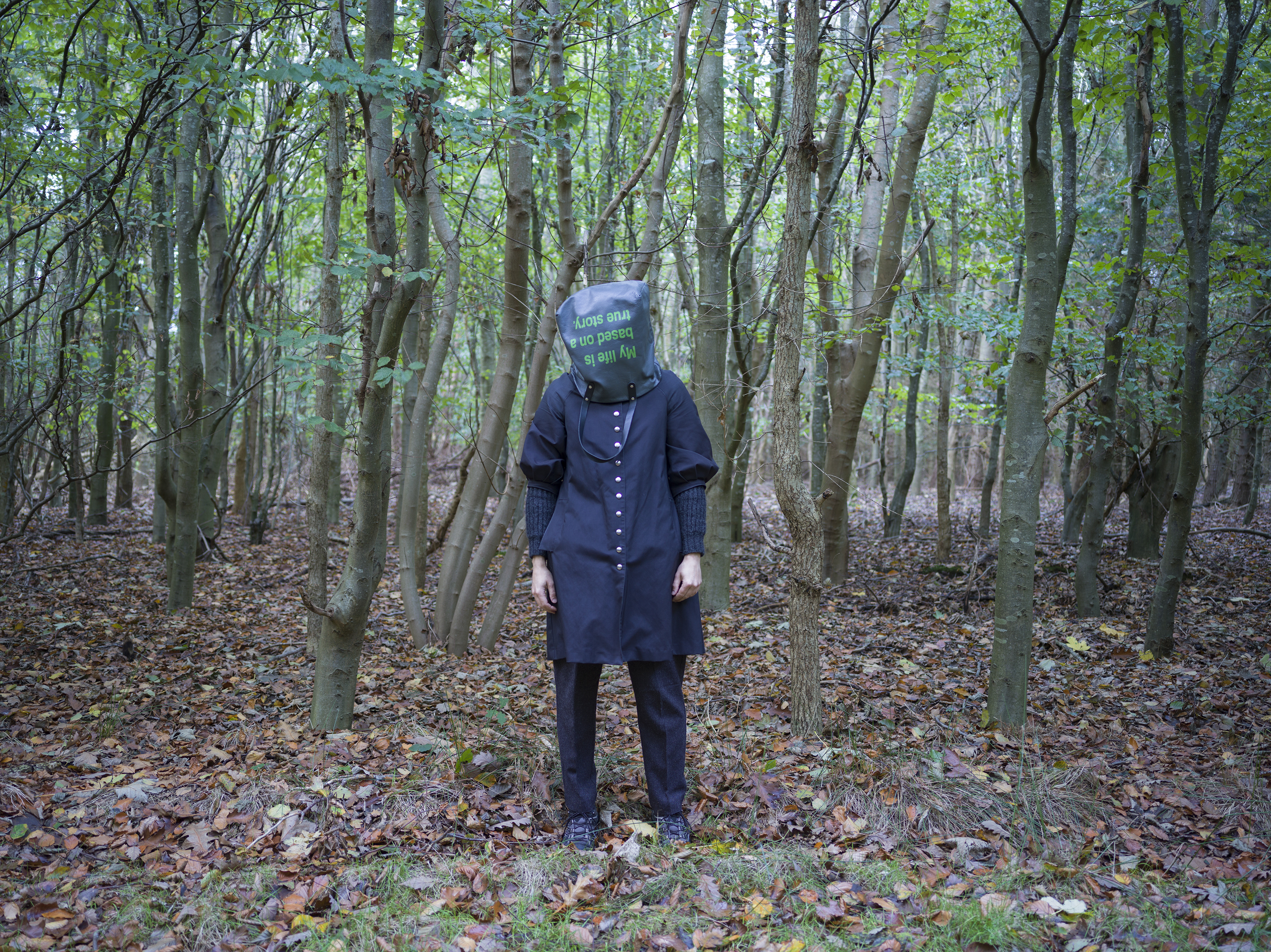 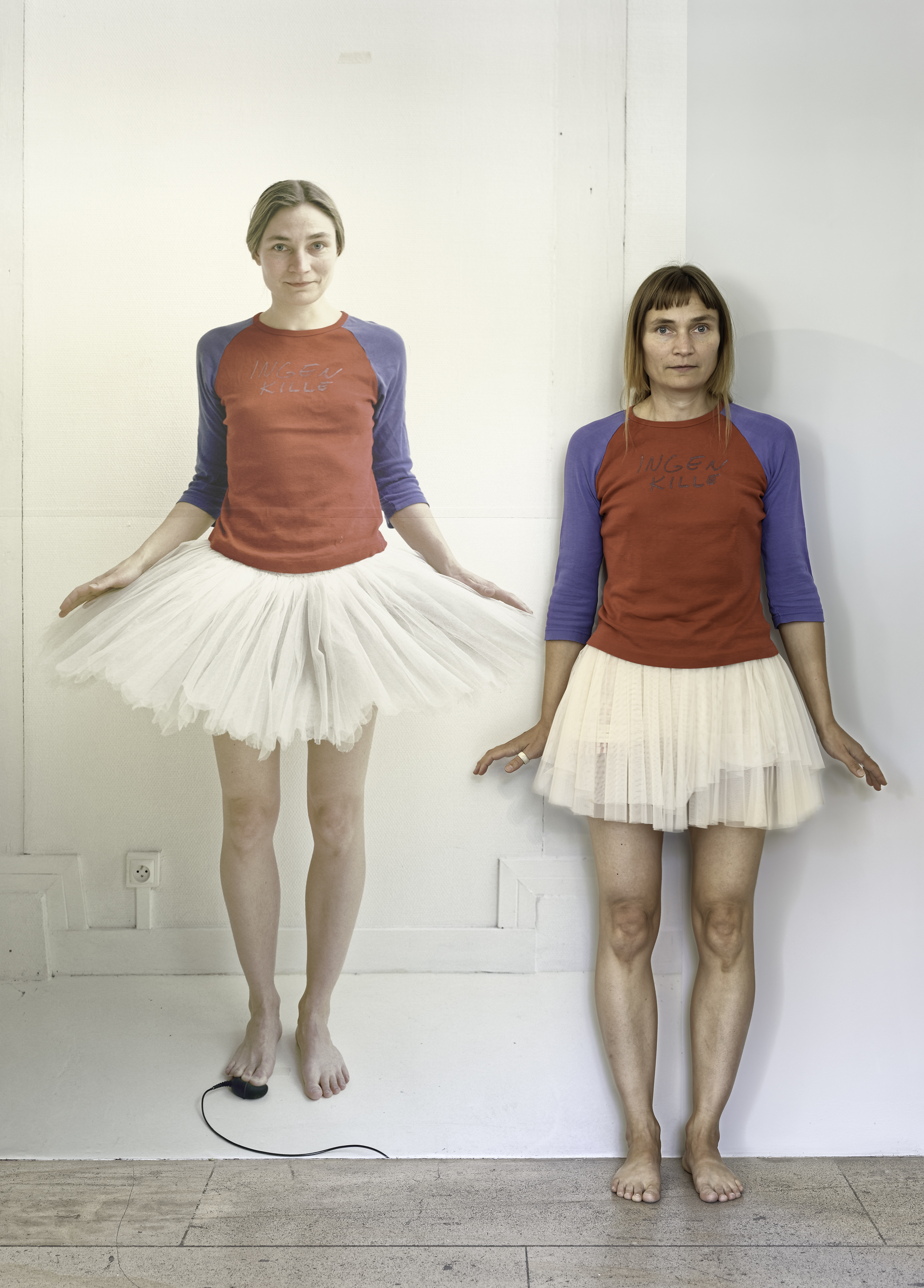 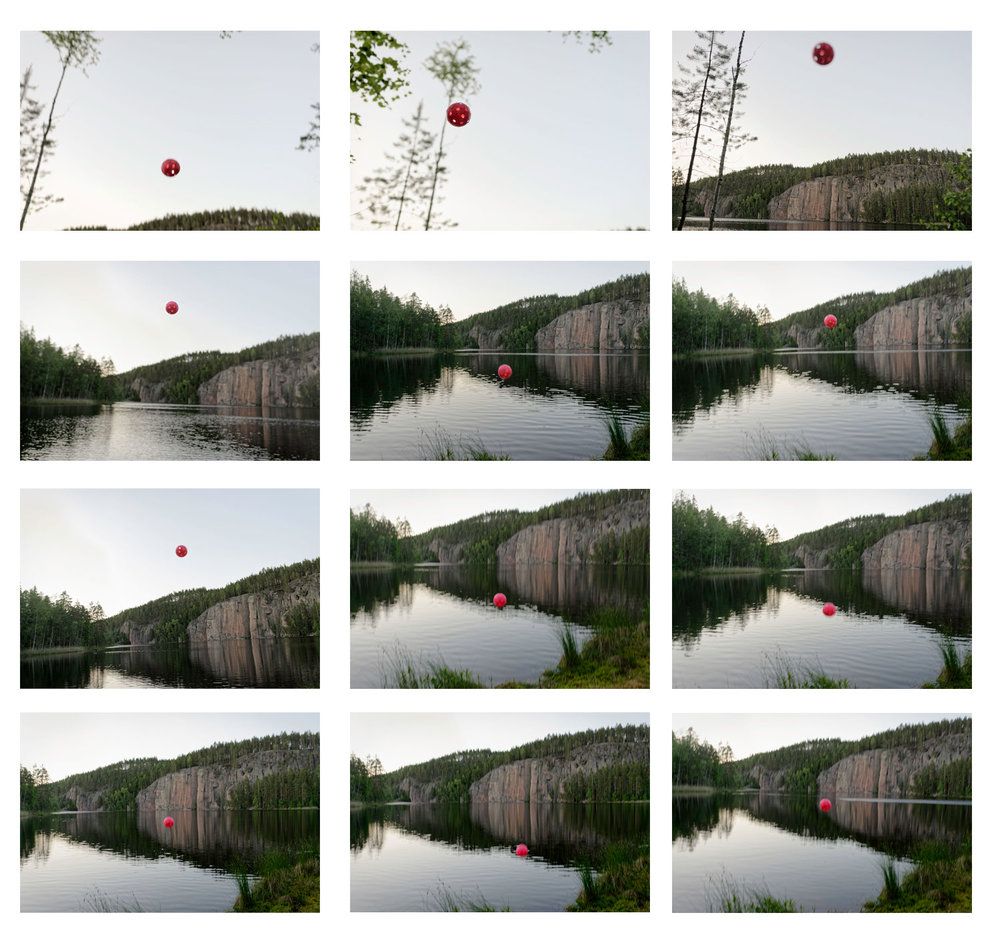 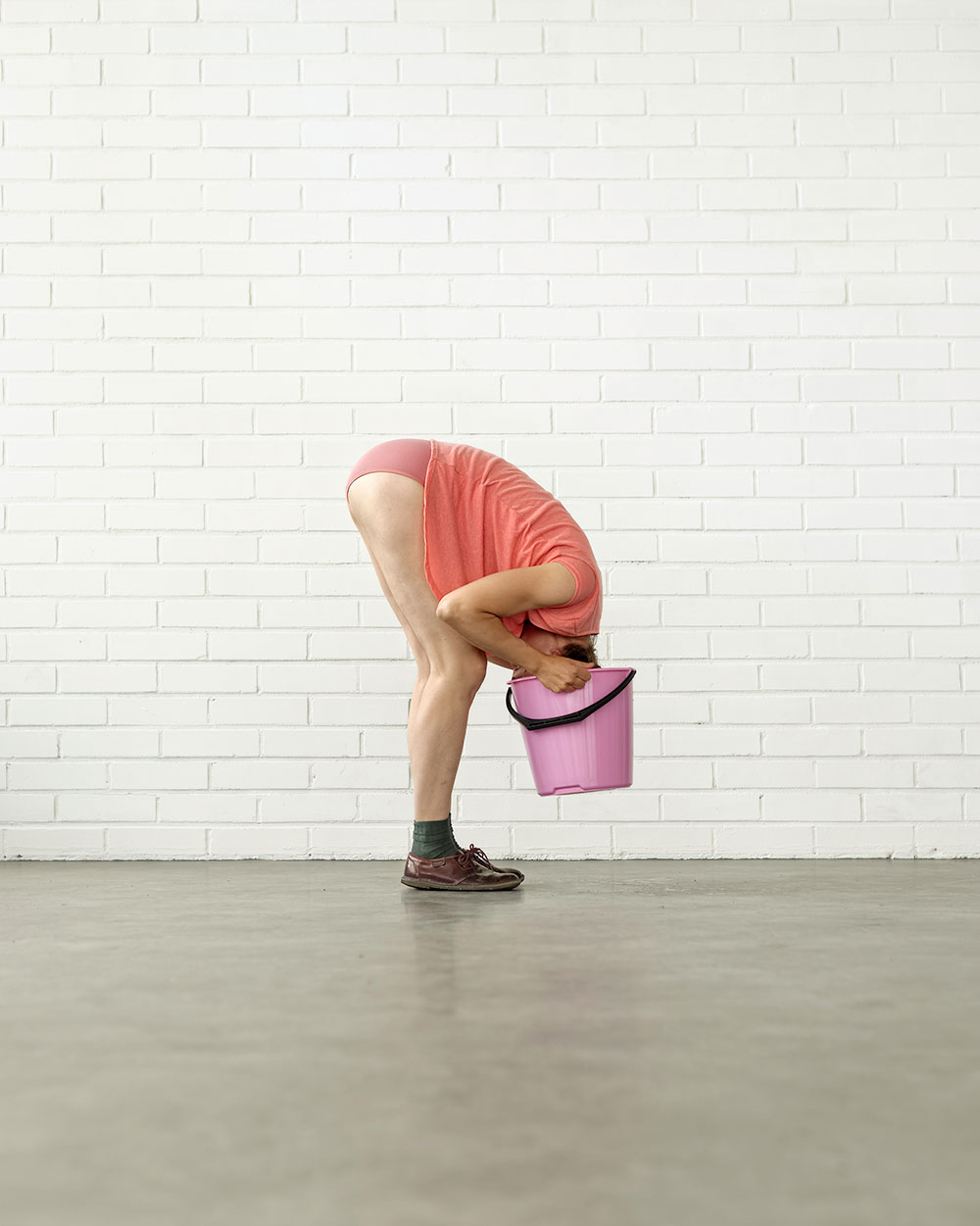 The Baldessari Assignments
2016 –
Elina Brotherus has worked throughout her twenty-plus-year career in photography and moving images. Her works have alternated between autobiographical to art historical approaches, utilizing nearly any aspect of her personal life to those of the most iconic images from 19-20th-century paintings, especially works from the 1960s and 1970s. This included the ideas of Fluxus – an experimental, interdisciplinary art movement that pushed the boundaries of known art forms by generation new ones. Its focus rests on the process of creating, often in form of artistic performances, happenings and other events. Brotherus's series The Baldessari Assignments is based on the Fluxus principle that anyone, anywhere, any given moment, can use their creative sensibilities to interpret and reinvent an art piece, using whatever materials are available. Brotherus emphasizes, "it is not about mimicking another artist’s original performances, but studying and understanding the written protocols, the so-called ‘event scores’”. In a way, she eliminates the question of authorship and focuses her attention on the invitation to create her own interpretation.
The American artist John Baldessari proposed a list of "art ideas” to his indecisive students at CalArts in the 1970s. Brotherus started to use these ideas as assignments in her own teaching: "I saw how much fun the students had doing the Baldessari assignments and thought that I want to do them too. In 2016 at my nomination for the Prix Elysée, I started to use different instructions like Fluxus event scores and Baldessari’s ideas as the basis of new work." The Baldessari Assignments is a still on-going series.