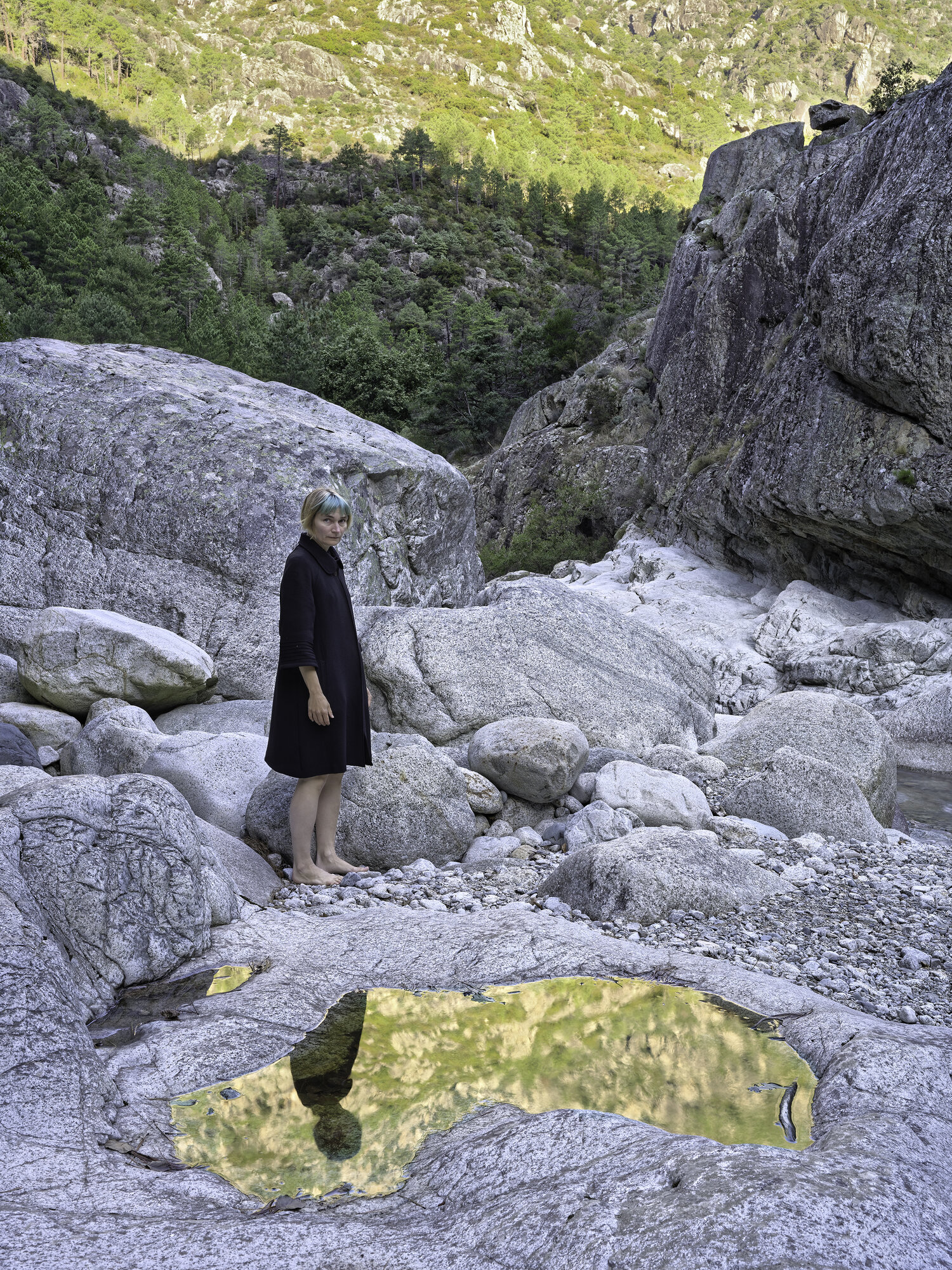 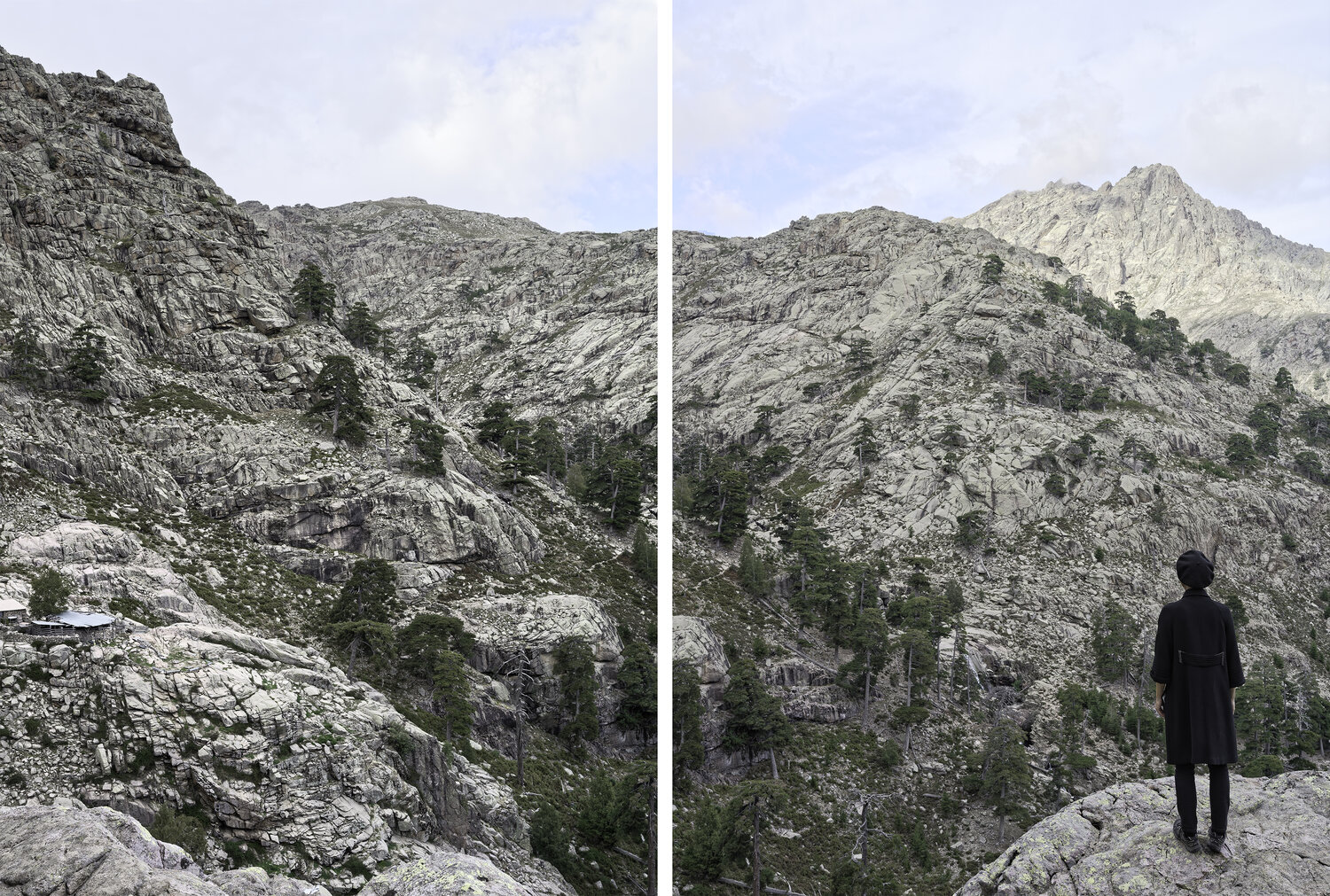 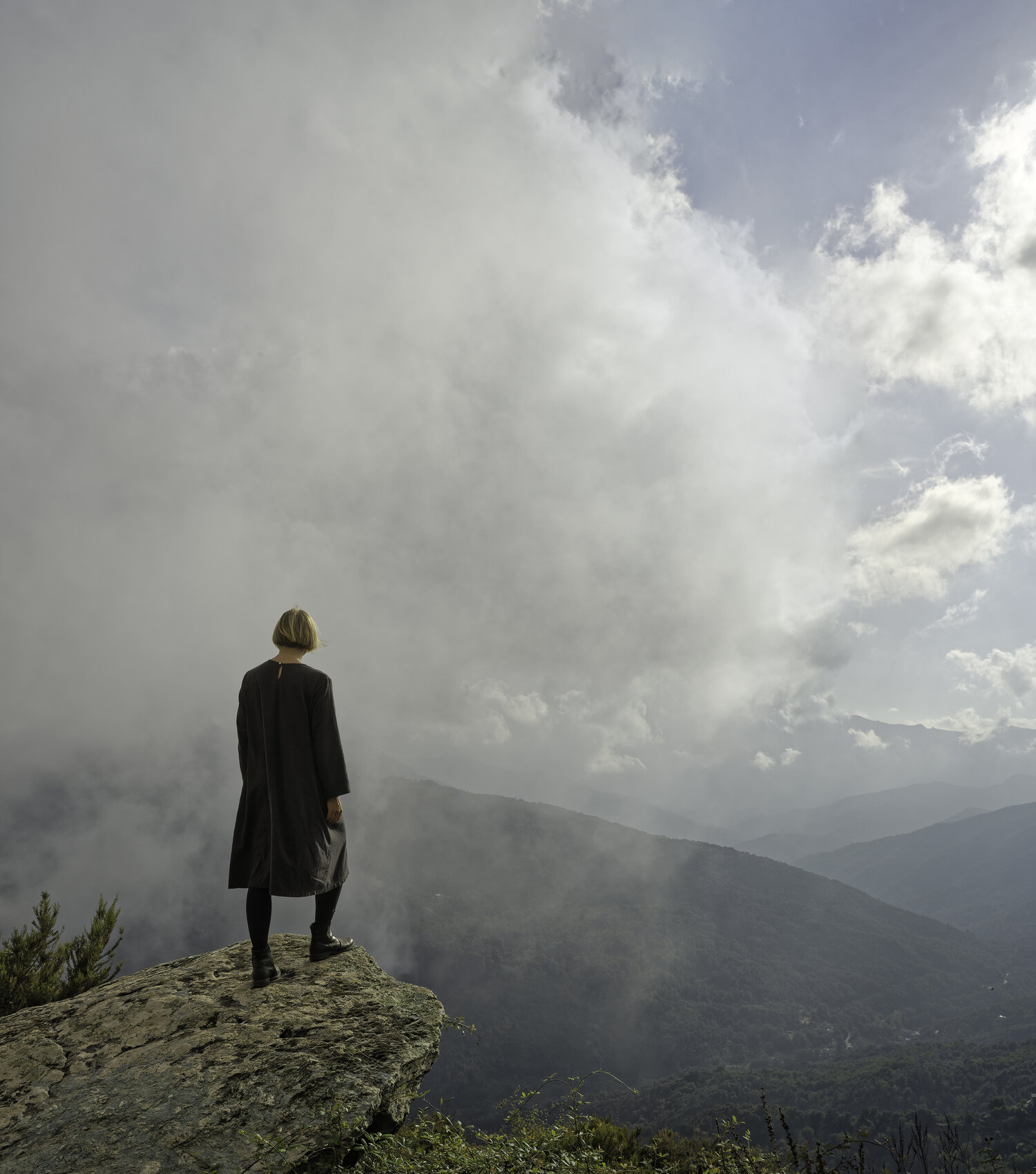 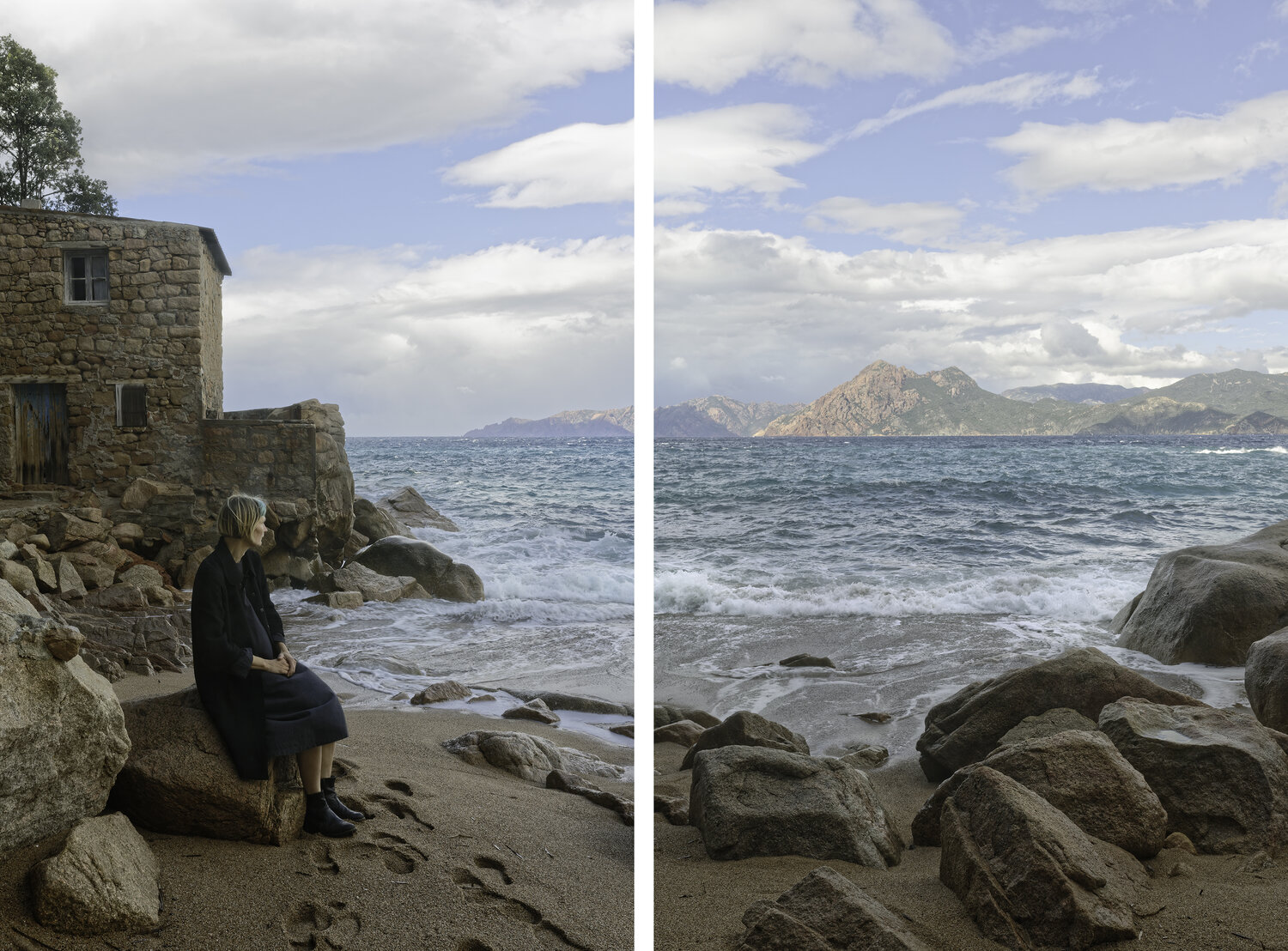 Sebaldiana. Memento mori
2019
"Before I first visited Corsica, I read a collection of text fragments by W. G. Sebald, building blocks for a book about Corsica that was left unfinished at his premature death. Sebald as a writer is highly unusual and difficult to classify: between essayist, novelist and historian, he is scholarly without being dry, poetic without sentimentality, touching on deeply humane topics of post-war Europe with a great sense of historicity. His use of photographs within his books has inspired many artists.   Sebald writes about a certain hotel on the steep red cliffs overlooking the village of Piana on the Western coast of Corsica. His narrator goes to swim from a close-by secluded beach and nearly doesn’t make it back to shore. In the village cemetery he observes the small weeds that grow between the tombstones, nature’s modest ones, unplanted and unplanned, in stark contrast with the looked-after but austere cemetery plantations of Sebald’s native Germany. He then talks about the relatively recent use of cemeteries in Corsica. The old habit was to bury the dead in a beautiful spot in their own land, perhaps under a particular tree, or on the slope behind the house where they could continue to contemplate the view on their ancestral territory. The poorest ones who had no land were simply put in a common grave or in ravine in the mountains.   Sebald became my guide to Corsica. I went to places he mentions: the forest of Aitone and the massif of Bavella, the hotel, the beach and the cemetery in Piana and its backcountry with sculptural rock formations. I was remembering my dead. I looked for places so beautiful that I would like to bury them there, were I Corsican. I collected humble weeds at the cemetery of Piana to make a herbarium.
My father was a hobby photographer and gave me my first camera. When my mother was widowed at the age of 37, she went to art school and had four years of fulfillment. I’m a photographer because of my father, but because of my mother I’m an artist.   My mother died four years later at the age of 41. She was born the same year as Sebald but died 16 years before him. Recently I found some aquarelle paper that she hadn’t had time to use. The sheets had suffered from humidity, were spotted, partly moldy. It is this paper that I used to create my Herbarium Pianense, the cyanotype herbarium of the cemetery. Thus this work became an homage not only to the Island of Beauty and to my favorite writer, but also to my mother, Ulla Brita Brotherus, née Sommar (1944-1985)."
– Elina Brotherus